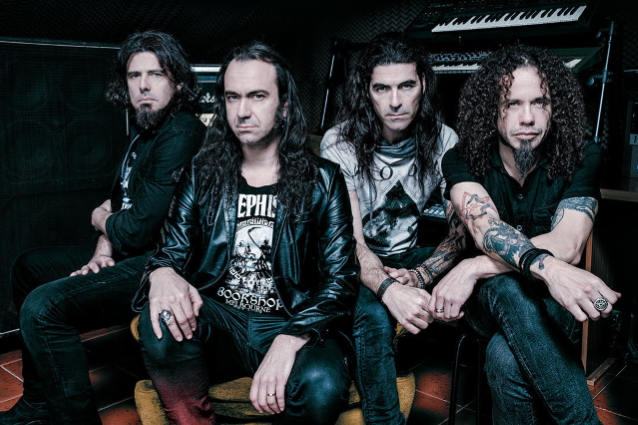 Portuguese metallers MOONSPELL have parted ways with original drummer Miguel "Mike" Gaspar and have replaced him with Hugo Ribeiro (no relation to MOONSPELL singer Fernando Ribeiro). The band will enter the studio in September to record its new album with producer Jaime Gomez Arellano (PARADISE LOST, ULVER, GHOST). An early 2021 release via Napalm Records is expected.

Last September, Fernando Ribeiro told Tinnitus Metal Radio about MOONSPELL's next LP: "Our new album is going to be very different. It's picking up from [2015's] 'Extinct', not from '1755'. We're writing down the album already. We have six songs ready. We love what we are doing. It's very melancholic, it's very existential. It's very different from what we did. Different is always something people will always expect from MOONSPELL. We're having lots of fun doing it because we love songwriting."