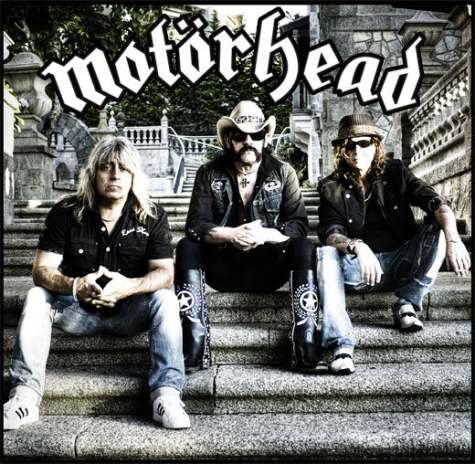 MOTÖRHEAD frontman Lemmy Kilmister and drummer Mikkey Dee recently sat down with Zippo for an exclusive interview where they shared some of their most harrowing onstage moments. You can now watch it below.

"The Wörld Is Yours" was released in North America on February 8, 2011. The CD is a vital, scorching statement of intent from the band as they launch Motörhead Music, their very first record label.

Written and performed by Lemmy Kilmister, Philip Campbell and Mikkey Dee in both Los Angeles, California and Wales, with production once again by Cameron Webb, "The Wörld Is Yours" serves to remind everyone that you should never stop questioning or critiquing a society that would surely chew you up and spit you if given half a chance. And with 10 soul-scorching testaments to the unbridled power this world-famous trio continually maintain, "The Wörld Is Yours" delivers some of the finest, most important Motörmusic yet.