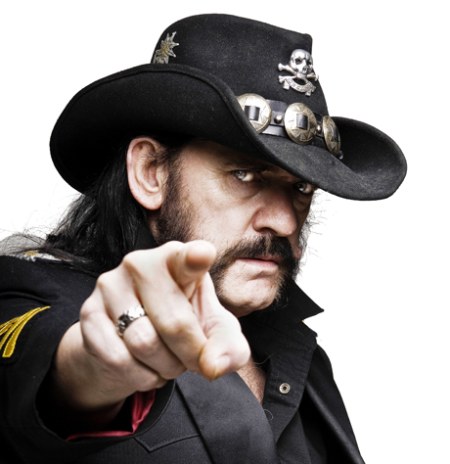 MOTÖRHEAD's LEMMY: 'I Do Still Drink A Lot. About A Bottle Of Jack Daniel's A Day'

Calgary Herald recently conducted an interview with 63-year-old MOTÖRHEAD frontman Ian "Lemmy" Kilmister. A couple of excerpts from the chat follow below.

"Being on the road is where I live. It's where I'm supposed to be. [Plus if the band stayed home] we'd go broke."

On the one upside of life at home — he's better able to "chase women" on his own turf:

"It's more difficult on the road 'cause it's so transient. If you don't get 'em that first night, you're gone."

On the fact that MOTÖRHEAD — unlike METALLICA — doesn't have the financial freedom of taking as much time off as they want in between their mammoth world tours:

"Have you seen [METALLICA's 2004 documentary] 'Some Kind of Monster'? We don't do that stuff. We don't hire expensive psychiatrists to tell us bullshit, either."

On whether he feels any sort of kinship with classic bluesmen like Bo Diddley, Muddy Waters and Howlin' Wolf — artist that similarly saw their music appropriated by acts like Elvis Presley, THE ROLLING STONES and Eric Clapton, who became phenomenally rich while the blues pioneers struggled:

"I was around for the English blues boom, obviously. . . and a lot of the black acts were suddenly coming over to England and doing their own tours, which they couldn't have before. Especially after the Stones did all that blues stuff on their first two albums. . . . The advent of the British blues movement gave a lot of the (original blues artists) their careers back. . . . They owed quite a lot of their success back to (the English rockers). So it wasn't that bad for them, I don't think."

On lifelong Lemmy fan Dave Grohl's statement that "Lemmy's a living, breathing, drinking and snorting fucking legend. No one else comes close.":

"I do still drink a lot. About a bottle of Jack (Daniel's) a day. [As for the drug consumption], I steer clear of talking about it."

On the forthcoming, much-buzzed-about documentary that has been shot about his life, entitled "Lemmy: The Movie" and whether he's worried about any personal revelations coming to light that he's not comfortable sharing with the world:

"I get to see the final cut before it goes out. [But] there's not much about my life I'm uncomfortable with — really."