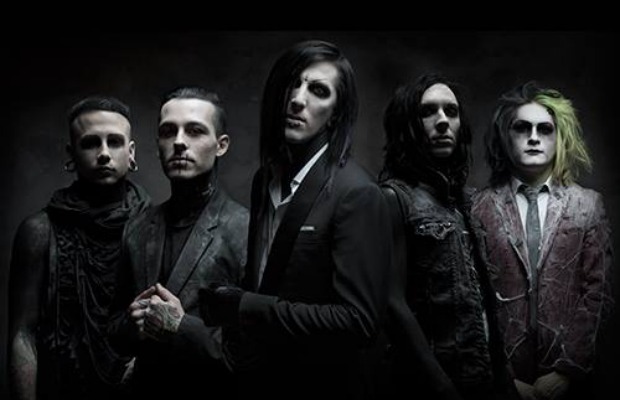 Scranton, Pennsylvania-based metalcore quintet MOTIONLESS IN WHITE will release its third studio album, "Reincarnate", on September 16 via Fearless. Produced by Dan Korneff (MY CHEMICAL ROMANCE, BREAKING BENJAMIN, LAMB OF GOD),the follow-up to "Infamous" includes the new single "Reincarnate", which was made available on July 8. The CD features guest appearances by Dani Filth (CRADLE OF FILTH),Maria Brink (IN THIS MOMENT) and Tim Skold (SKOLD, MARILYN MANSON).

The official lyric video for the "Reincarnate" title track can be seen below.

"I think I speak for most artists of any kind when I say that it's a rarity to step back from something you created and feel 100% satisfied without seeing the flaws or things you wish you had made differently," said MOTIONLESS IN WHITE singer Chris Motionless. "This is the first time in my life I've composed an album and have departed from the studio feeling like everything I've ever wanted to accomplish, has finally materialized. I put past mistakes behind me and focused on becoming a new body of musical existence, while maintaining the characteristics that I enjoyed most about our band. As it is mine, this will absolutely be your favorite MOTIONLESS record."

MOTIONLESS IN WHITE returned to the road to introduce North America to "Reincarnate" as a main-stage act on the Vans Warped Tour 2014, which kicked off last month in Houston, Texas.

MOTIONLESS IN WHITE has carved out a corner in the metal scene with its aggressive electro-tinged anthems, crowd-empowering choruses, melding with their dark and profound message. The band recruited a collection of devout fans across the world, having toured with metal juggernauts such as MARILYN MANSON, SLIPKNOT, A DAY TO REMEMBER, ESCAPE THE FATE and BLACK VEIL BRIDES.

MOTIONLESS IN WHITE's sophomore album, "Infamous", was released on November 13, 2012 via Fearless. 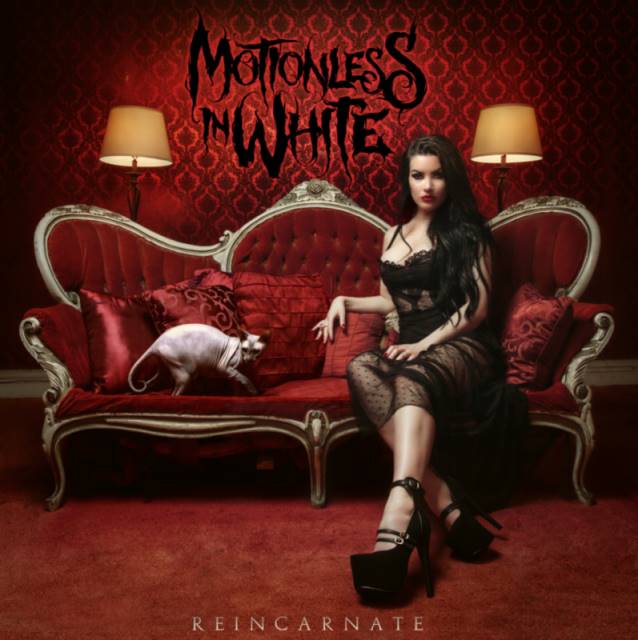