MÖTLEY CRÜE, DEF LEPPARD, POISON and JOAN JETT & THE BLACKHEARTS have announced the rescheduled dates for their "The Stadium Tour".

"The Stadium Tour" was slated to kick off on June 18 at TIAA Bank Field in Jacksonville, Florida and run through September 5 in Los Angeles. The bands reportedly also booked time at VyStar Veterans Memorial Arena in Jacksonville to rehearse for the tour.

Earlier today, MÖTLEY CRÜE released the following statement: "We are excited to share the new dates for 'The Stadium Tour'. All tickets will be honored for the new dates. If you cannot make the new show, you will receive an email from your ticket provider or you can visit http://livenation.com/refund. We look forward to seeing you in 2021!"

More than 8.3 million coronavirus cases have been reported worldwide and more than 449,000 deaths so far, putting public health systems and emergency services under immense pressure. 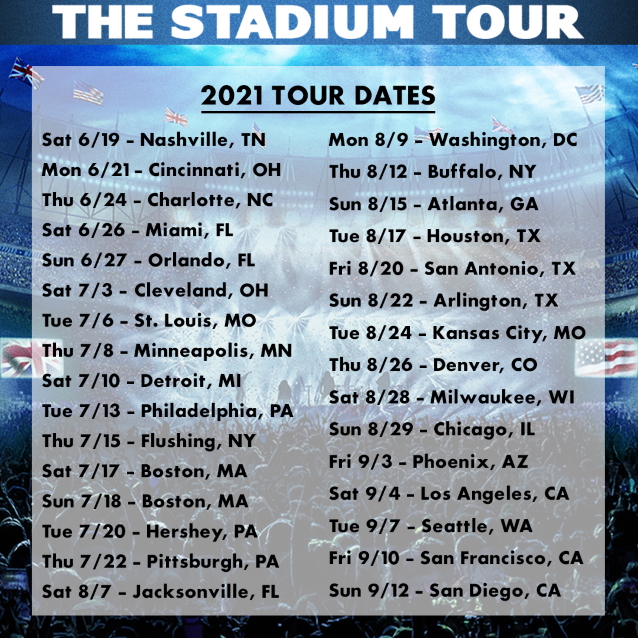