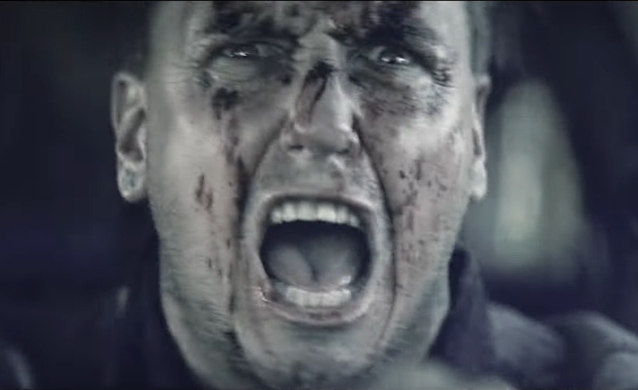 A new trailer for the upcoming horror thriller "The Retaliators", featuring guest appearances from members of FIVE FINGER DEATH PUNCH, ESCAPE THE FATE, FROM ASHES TO NEW and THE HU, as well as Tommy Lee (MÖTLEY CRÜE) and Jacoby Shaddix (PAPA ROACH),can be seen below.

Due out next year from Better Noise Films, "The Retaliators" soundtrack has music from all artists mentioned above, in addition to tracks from BAD WOLVES, NOTHING MORE, Cory Marks, ALL GOOD THINGS and TEMPT.

Shaddix, who makes his acting debut in a crucial role in the 2021 picture, stated: "When I heard about this film last year, I spoke to the creative team and I felt I had a vehicle to see if I could expand my range as an artist. Truly, I couldn't have imagined how much I enjoyed this experience and can't wait to find another film in the future." He appears alongside a diverse cast, which includes Michael Lombardi (FX's "Rescue Me", "The Deuce"),Marc Menchaca ("Ozark", "Black Mirror", "The Sinner") and Joseph Gatt ("Ray Donovan", "Game Of Thrones", "Banshee", "Dumbo").

Lombardi, who is also a co-producer on the film, said of Shaddix's acting in the role of Quinn Brady: "I wasn't sure what to expect. I thought he might be good because he's a great storyteller with his songs, but I was truly blown away by his performance as an actor. I found Jacoby to be incredibly focused and committed. He was never afraid to jump off that cliff. For example, he and I had a scene together where his character has to slap me, pull my hair and lick my face. Lucky for me we only needed two takes, because he 100% went for it. I had a red, smacked, wet face when the director yelled cut. He's a beast."

Dan Waite, managing director for Better Noise in Europe, told Music Business Worldwide about "The Retaliators": "'The Retailiators' is a particularly fun project because several bands from the label have cameos or parts in the film. So when 'The Retaliators' is released, we're going to have a rock audience that's going to want to see their favorite band members in the movie, crossing over with fans of the horror and thriller genre in the movie world. The horror thriller audience is very open to rock star cameos — just think about Ozzy Osbourne, Alice Cooper, Lemmy, Iggy Pop, Marilyn Manson; the list is long."