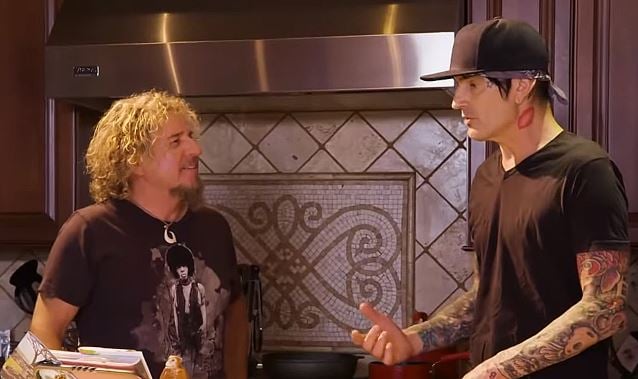 "Rock & Roll Road Trip With Sammy Hagar" delivers the ultimate backstage pass, as Sammy Hagar guides viewers on an intimate and unforgettable journey celebrating all things rock 'n' roll. Throughout the season, Hagar travels to the homes of some of rock's biggest personalities and best-loved artists, interviewing them, jamming with them, and exploring their favorite haunts. The series will also present Hagar's own adventures as he rehearses with his new all-star group THE CIRCLE, shares his rules of the road, and rocks on tour and at festivals, including Carolina Rebellion.

In the series' first two episodes, Hagar and former VAN HALEN bassist Michael Anthony cruise the Sunset Strip and reminisce at the world famous Whisky A Go Go, before heading out to MÖTLEY CRÜE star Tommy Lee's house to cook, talk, and perform rock staples "Rock Candy" and Jeff Beck's "Going Down". Then, Hagar heads out to San Francisco for a special GRATEFUL DEAD episode, joining founding members Bob Weir and Mickey Hart as they relive the glory days of the Peace & Love Movement on Haight-Ashbury, delve into their musical influences, discuss what made the GRATEFUL DEAD so special, and bring the house down with a Hagar/Weir duet on the GRATEFUL DEAD classic "Loose Lucy", followed by a jam session with Hagar and Hart. Other season one highlights include a Seattle session with HEART guitarist Nancy Wilson, and appearances by shock rock icon Alice Cooper, ALICE IN CHAINS axeman Jerry Cantrell, and many more.

"Something that's always bugged me is that fans get to see us either onstage in concert or in interviews, and that's about it," Hagar said. "There's so much cool, history-making stuff that happens off stage that fans have never really had access to, but I do. And that's where this show takes viewers! I'm hookin' them up with a real backstage pass. So, in San Francisco, we'll meet up with my old friends Bob Weir and Mickey Hart to jam at Mickey's home studio, and in Phoenix we're at Cooperstown with Alice Cooper. And I'll even turn the cameras on myself at the Birthday Bash in Cabo, and on tour with THE CIRCLE. It's a blast."

Not only is the series breaking new ground in performance collaborations and first-person commentary, but it also is the first AXS TV original series to be sponsored. Mercury Insurance, one of the nation's top auto insurance providers, is continuing its support of AXS TV's event programming by partnering on this show. Last year, Mercury Insurance was the official broadcast partner of the network's live music festival coverage.

"Packed with one-of-a-kind performances and intriguing interviews, 'Rock & Roll Road Trip With Sammy Hagar' is the perfect addition to AXS TV's Sunday night music block," said Jeff Cuban, AXS TV's chief operating officer. "Guided by personable host and rock and roll frontman Sammy Hagar, the series will give viewers and music fans a side of their favorite rock artists that they've never seen before, as Hagar goes into their world and gets them to open about their legendary careers, greatest influences, and best rock stories, before joining them to perform some of their biggest hits. In addition, we are thrilled Mercury Insurance has signed on as the show's official sponsor. They are forward-thinking partners that understand music is a tremendous way to connect with consumers and create a relationship based on something about which they are passionate." 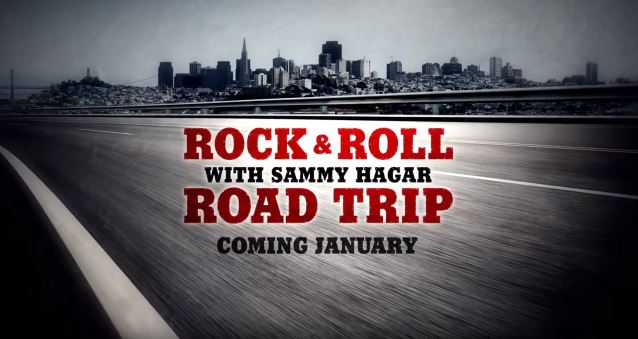