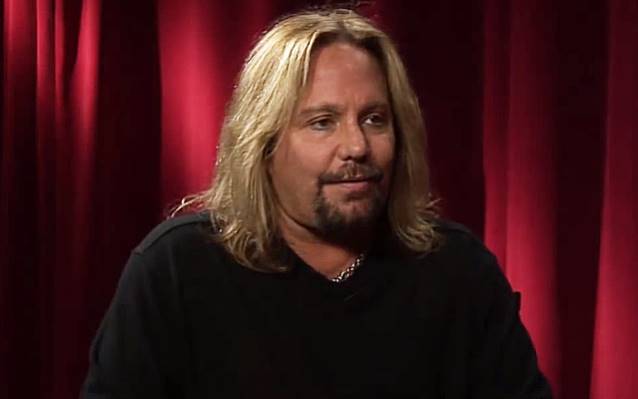 "It's a great action sport growing in popularity with every game. There are some incredible players. I love the game," said Neil, who has lived in Sin City since the mid-1990s. "It will be perfect to have an AFL team in Las Vegas.

"I sense the city would love it. I know that I will because it’s on my home turf."

Neil doesn't just live in Las Vegas: he's become part of the local culture. Vince is the creator of the Off The Strip Poker Tournament, has launched his own brand of tequila, and is also in the club business.

Speaking to Grammy.com, Neil said about living in Las Vegas: "It's funny — every time I tell people I live in Vegas, they're surprised. They always think I still live in L.A. They'll ask me, 'Do you like it?' Well, yeah I like it — it's why I live there.

Asked what brought him to the land of slot machines and 10-buck prime rib, Neil said: "I loved the clubs and the cool people and the weather and the vibe — it's almost like the Wild West."

Regarding the music in Vegas, Neil said: "Well, for one thing it's getting a lot cooler. [In 2012] MÖTLEY CRÜE [became] the first hard rock band to have a residency at the Hard Rock Hotel & Casino. Usually when you think of residencies, you think of Elton John or Celine Dion. Not MÖTLEY CRÜE."