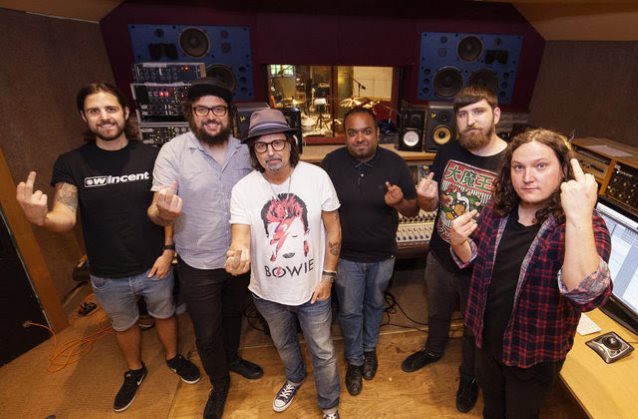 Commented Phil Campbell: "I am very excited to announce that we have started recording our full length debut album for PHIL CAMPBELL AND THE BASTARD SONS. We have spent the last few days at the legendary Rockfield studios in Wales, soaking up the atmosphere and getting inspired! We hope to finish the recording by late September with an early 2018 release in mind. We know you bastards are gonna love it!

"We are also even more excited to let you know we will be joining the awesome AIRBOURNE on their UK tour in November. We can't wait to share the stage with them and hope to see a lot of our fans there too. Until then play it loud and have fun!!"

PHIL CAMPBELL AND THE BASTARD SONS' last release was a digital-only live EP, "Live At Solothurn", which came out in June. Prior to that, PHIL CAMPBELL AND THE BASTARD SONS released a self-titled debut five-track EP in November via Motörhead Music. It was produced by Todd Campbell at the band's own Stompbox Studios in Wales, U.K. and mixed by MOTÖRHEAD producer Cameron Webb.

Neil Starr recently told Kaaos TV about PHIL CAMPBELL AND THE BASTARD SONS' debut EP: "The reason it's an EP is we can get that done quicker. We wanted to give people some music to hear that was our own music, some music of our own that we can play live as well. So the idea was to get something done as quick as possible. It keeps the fans interested in the band, because there's new songs to keep it fresh. And it's great for us, 'cause we get to write more songs all the time. Todd, who's in the band, has his own recording studio, so it's really easy for us to just go in and do what we wanna do whenever we want, which is great."

Regarding the musical direction of PHIL CAMPBELL AND THE BASTARD SONS' original material, Neil said: "You know what you're gonna get, because Phil Campbell is the riff god. So you hear these MOTÖRHEAD riffs; Phil wrote a lot of those songs. So there's elements of that gonna be coming through in the music. Obviously, personally, I wouldn't ever want to try and be like Lemmy and his style that he does, because that's one person who does that, and that's him. You don't try and do that. I bring my own style to the band, but, obviously, yeah, there's lots of really great riffs in the songs, like you would expect from a band that's got Phil Campbell in it. It's just rock and roll music, I guess." 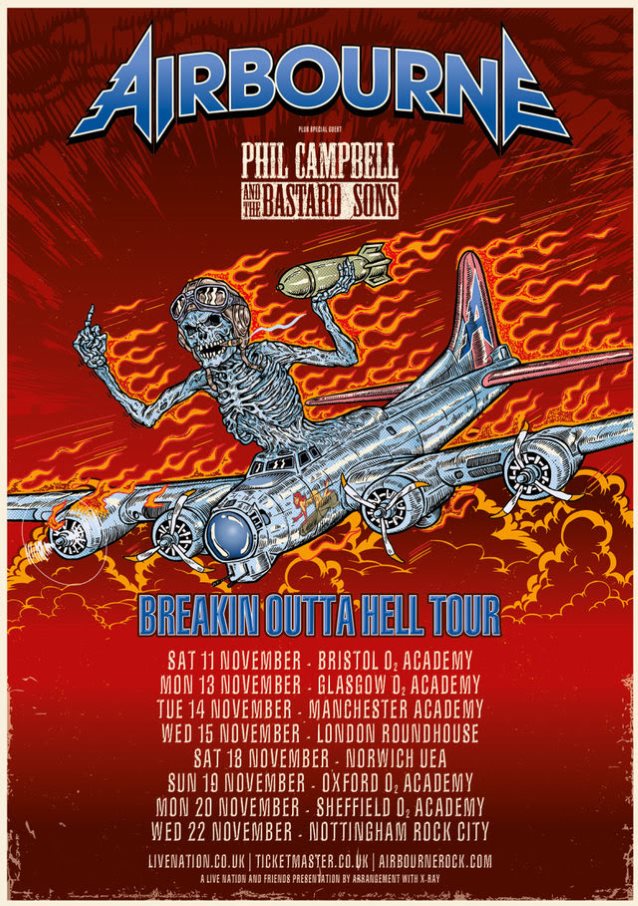