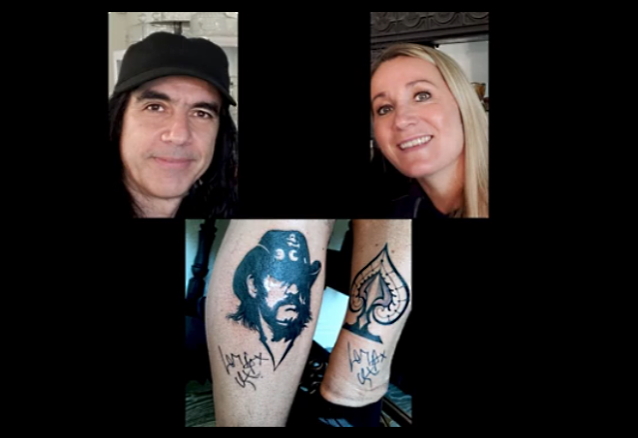 MÖTÖRHEAD's longtime tour manager Eddie Rocha and production assistant Emma Cederblad recently paid tribute to the band's iconic leader Ian Fraser "Lemmy" Kilmister by getting MÖTÖRHEAD tattoos on their legs. A short video documenting the process — during which tattoo artist Stina Nyman of Eyescreamtattoo.com apparently blended some of Lemmy's ashes with the tattoo ink — can be seen below.

Lemmy died exactly six years ago — on December 28, 2015 — at the age of 70 shortly after learning he had been diagnosed with cancer.