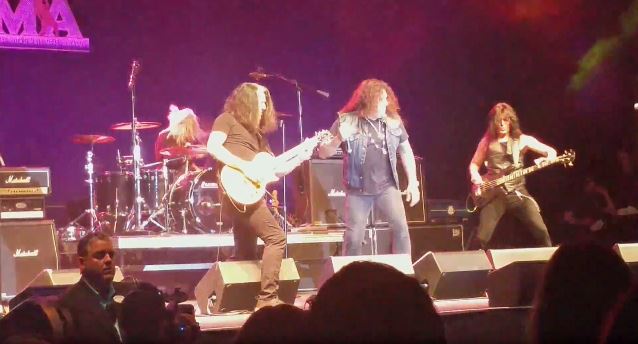 Vegas Rocks! Hair Metal Awards featured a special performance at the end of the show by TWISTED SISTER, which is celebrating its 40th anniversary this year with the release of the acclaimed documentary "We Are Twisted F***ing Sister!", a three-CD live set, the release of a memorial concert to their fallen brother A.J. Pero, and a farewell tour titled "40 & F*ck It!"

SCORPIONS made an appearance at the event to receive the "Classic Rock Outstanding Lifetime Achievement" award. In addition, German metal queen Doro Pesch was presented with the "Metal Goddess" award. Other artists that appeared and were honored/featured included QUIET RIOT, WINGER and ANGEL (full original lineup). 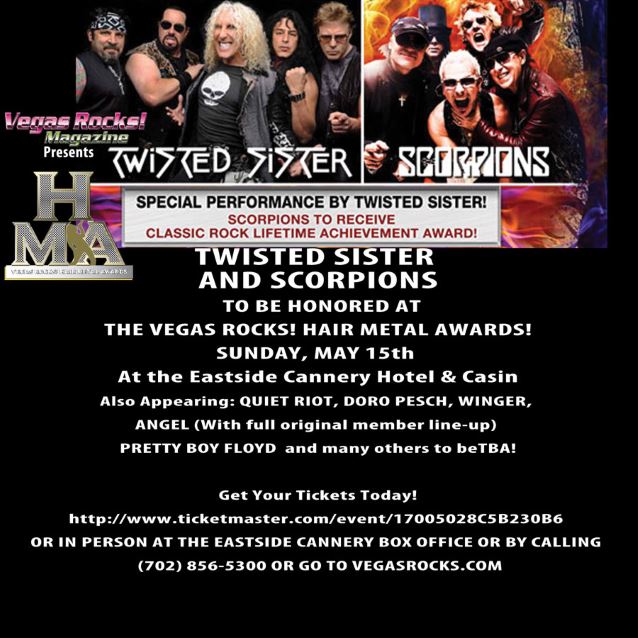