MOTÖRHEAD's "Ace Of Spades" 40th-anniversary celebration releases have taken the world by storm once more, establishing this landmark album as being of eternal importance to music culture. With a centerpiece deluxe edition box set, comprising the original album, two previously unreleased live albums from the "Ace Up Your Sleeve" tour, a DVD compilation, 40-page book, poker dice, tour program and other treasures, "Ace Of Spades" crashed the German chart at No. 10 (the same position the original album hit on initial release in 1980),No. 4 in Sweden and stormed into the U.K. rock and metal chart at No. 4, and hit the Top 100 in the U.S.

The media has not been shy in singing its praises either, with publications from Rolling Stone to Classic Rock extolling its virtues (and volume),and cover stories on 11 publications throughout the Europe, including Classic Rock, Metal Hammer, Rock Hard and Sweden Rock magazines. SiriusXM held a special MOTÖRHEAD celebration, with WWE superstar Triple H hosting a show which included the likes of Slash and Duff McKagan from GUNS N' ROSES, Ozzy Osbourne and, of course, Phil Campbell and Mikkey Dee explaining why "Ace Of Spades" remains one of the greatest rock albums of all time.

The box-set, deluxe box-set, 2 CD edition and 3 LP editions are still available in very limited quantities at certain retailers and outlets, and reinforcements are being manufactured to hopefully arrive and meet the demand in late January 2021. 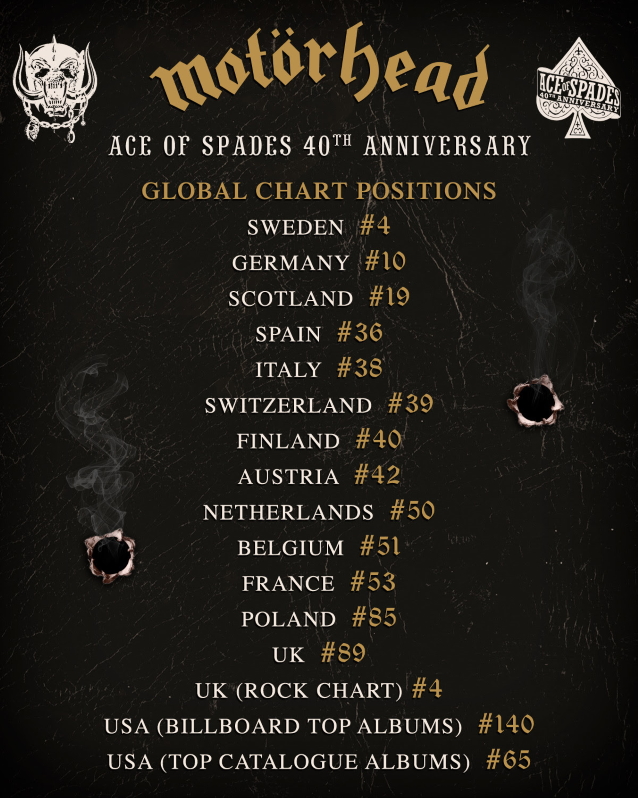 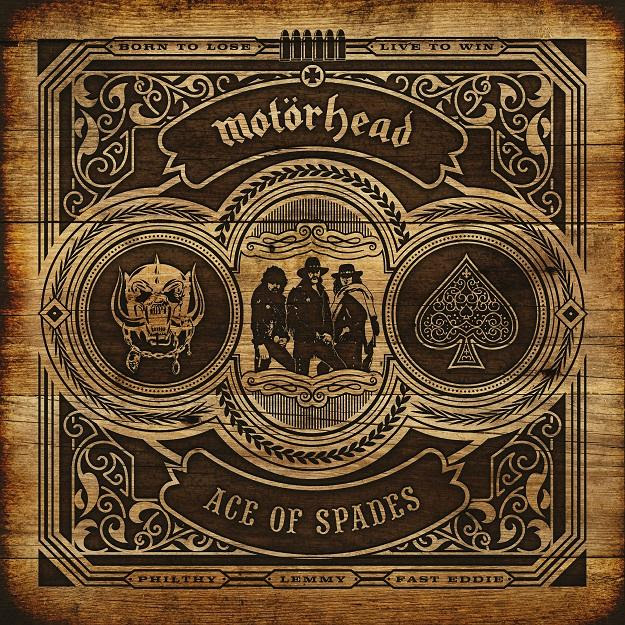