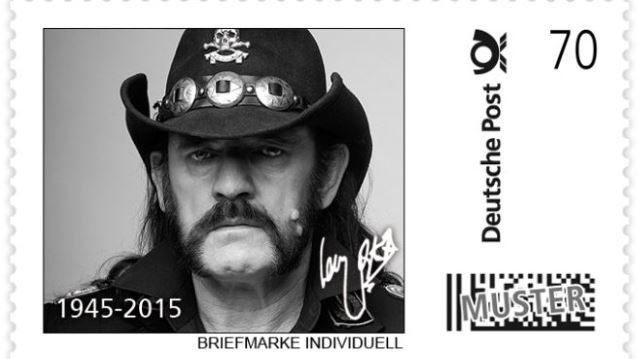 Iconic MOTÖRHEAD frontman Lemmy Kilmister is being honored by the German postal service in the form of a range of stamps.

The collection is the result of a partnership between Deutsche Post and the German newspaper Bild.

Only available in Germany, a book of ten stamps can be purchased for €10 via the Bildweb site.

The newspaper says: "The German official post office Deutsche Post together with Bild are honoring our beloved late Lemmy Kilmister with an official set of German postage stamps for standard-size letter.

"One stamp package contains ten stamps, five Lemmy motifs in total and everyone can compile the stamps the way they like.

Bild goes on to call Lemmy "a great artist, a gentleman, an honest and loyal person, an icon for many and an inspiration for his fellow artists and fans."

Lemmy passed away at his home in Los Angeles on December 28, only four days after his 70th birthday. 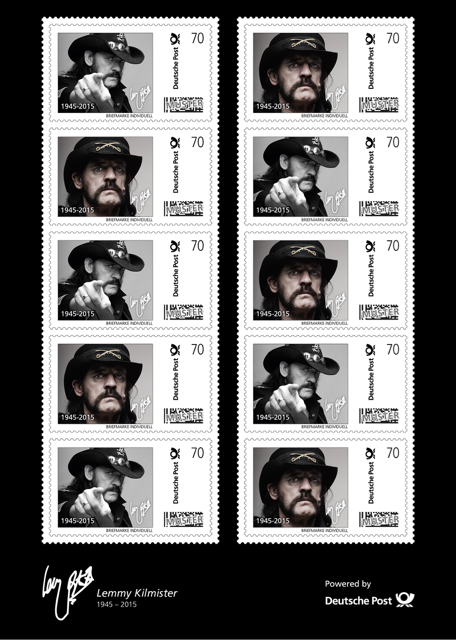