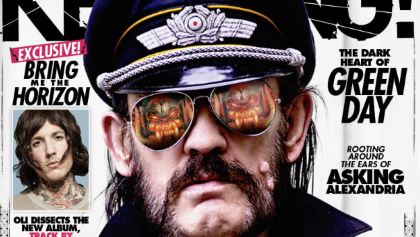 MOTÖRHEAD's LEMMY On State Of Rock And Roll: 'I Think It's Pretty Poor Right Now'

In last week's issue of U.K.'s Kerrang! magazine, MOTÖRHEAD frontman Lemmy Kilmister was asked for his opinion on the current state of rock and roll. "I think it's pretty poor right now," he responded. "We're waiting for something, and I'm not sure what it is. Maybe it's for the death of rock 'n' roll, y'know? I really don't know. I don't understand what we're waiting for at the moment, because we've been waiting for a long time. We deserve something, but we ain't getting it."

He continued: "I don't know why half of [modern bands] are together; 'cause they don't deserve to be. All they do is make a fucking racket. I think we're still looking for an answer to punk, to be quite honest with you, 'cause NIRVANA wasn't it, y'know? They were the closest, but that didn't last. I like some bands. I like FOO FIGHTERS and EVANESCENCE and stuff. But I don't know if we're going to get a real thing like punk again."

Lemmy told A.V. Club earlier this month that the definition of success in the music industry has changed from what it was in 1975 when MOTÖRHEAD was first formed. "Sure it has, yeah," he said. "People who play in a different fashion don't get signed anymore. I mean, you can still make it through word of mouth in the clubs, but it's a lot harder. I remember before Chuck Berry, and I remember that early world of rock 'n' roll, so, yeah, it's been weird. It's been all right. Now is the worst time for rock 'n' roll, I think. There's no radio time for a new band. All the radio stations have been bought by five guys, and Ted Turner owns three of them. That doesn't leave much room for choice."

MOTÖRHEAD's 22nd studio album, "Bad Magic", will be released on August 28. The CD was recorded at NRG Studios with longtime producer Cameron Webb. Lemmy told A.V. Club about the source material for the new CD: "More war, death, sex, and drugs. [Laughs] There's plenty of writing material in there. There's always things that people want to hear, like war, death and love. You can keep them going forever, and I do. I've done the other stuff like '1916', but more or less it's all been war, death, sex, and murder. [Laughs] But really, we seem to have it down now to a fine science, and it's a good album." 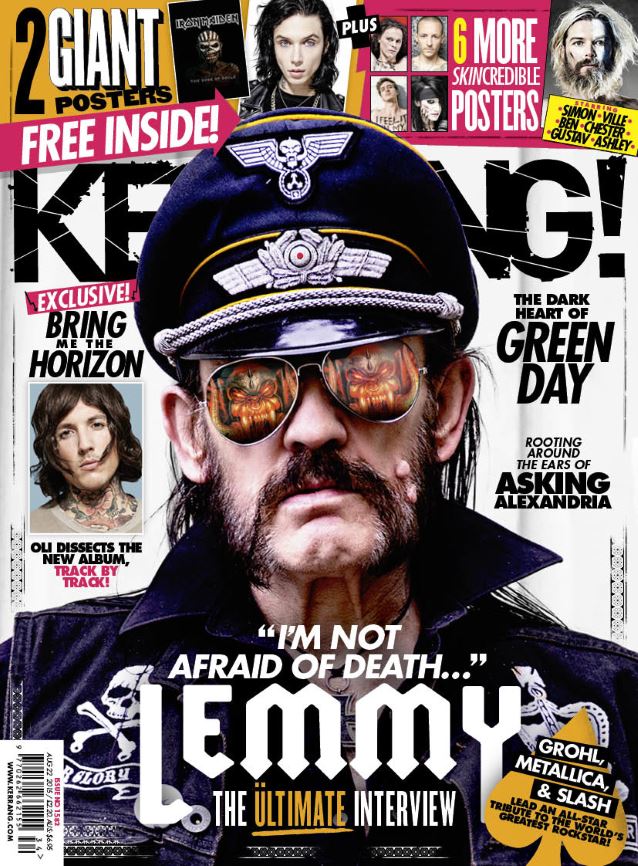