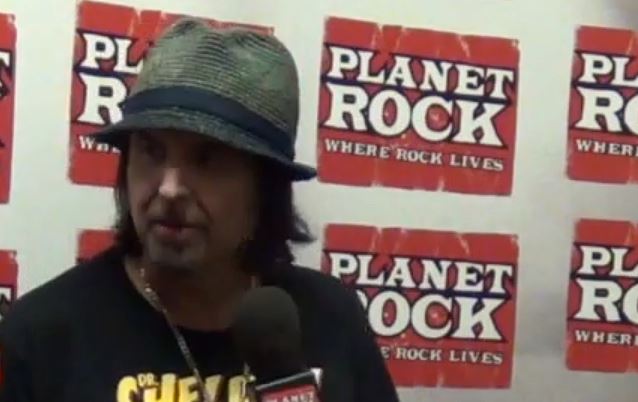 Asked about MOTÖRHEAD's current status, Campbell said: "I found out today we got a Grammy nomination for a best single or something like that. And we've just done a great tour… and we're gonna do a new album next year and then we'll just do our usual touring our ass off. We'll try to fit in the [ALL STARR BAND] when [Neil is] not working [with his band STATES AND EMPIRES]; we've all got different projects on the go."

Campbell also commented on the health of MOTÖRHEAD frontman Lemmy, saying, "Yeah, he's fine. We're slowing down a little bit. We're not gonna do a million shows a year. We'll just do four hundred and sixty."

Lemmy, 68, last year suffered a haematoma (where blood collects outside of a blood vessel),causing the cancelation of a number of the band's European festival shows. He was also reportedly fitted with a defibrillator because of heart problems.

MOTÖRHEAD's "Heartbreaker" was nominated in the "Best Metal Performance" category at the 57th annual Grammy Awards, which will be held on February 8, 2015 at Staples Center in Los Angeles.

The reissue of MOTÖRHEAD's 21st studio album, "Aftershock", was made available on August 26 via UDR/Motörhead Music. The CD was helmed by longtime producer Cameron Webb (MEGADETH, DISTURBED). The expanded edition contains a bonus live CD — also recorded by Webb — consisting of live material comprised from the band's historic appearances in early 2014.