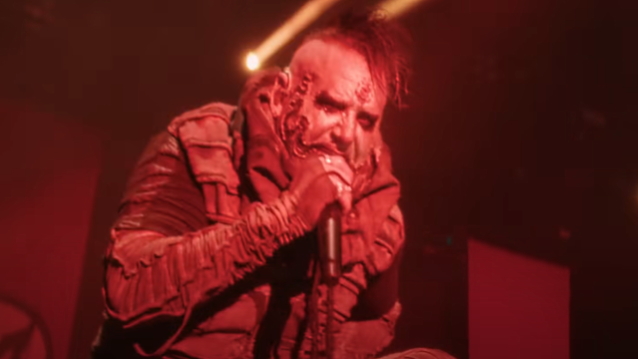 MUDVAYNE has canceled its appearance at this weekend's Louder Than Life festival in Louisville, Kentucky after the band's singer Chad Gray and "a few staff members" tested positive for COVID-19, the disease caused by the novel coronavirus.

MUDVAYNE shared the news of the cancelation in a social media post earlier today. The band wrote: "After taking every precaution to follow CDC Covid protocols during rehearsals and recent performance Chad Gray and a few staff members have unfortunately tested positive for Covid-19.

"The safety of our organization, fans and festival partners must come first. We are left no choice but to cancel our performance at Louder Than Life this weekend.

"Apologies to all the fans attending the festival this weekend. We look forward to getting everyone healthy and ready for our Aftershock and Welcome To Rockville performances later this year.

"We appreciate your love & support throughout these unprecedented times."

The band is still scheduled to appear at two more festivals this fall: Aftershock (October 7-10 in Sacramento, California) and Welcome To Rockville (November 11-14 in Daytona Beach, Florida).