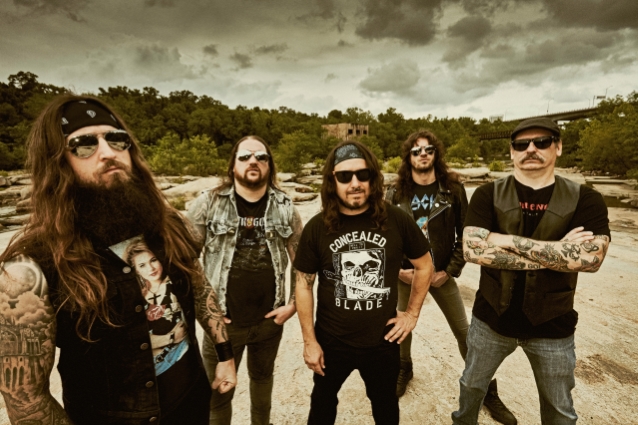 MUNICIPAL WASTE And NAPALM DEATH Announce U.S. Co-Headlining Tour; SICK OF IT ALL To Support

Richmond, Virginia's MUNICIPAL WASTE will team up with U.K. grindcore band NAPALM DEATH for a co-headlining U.S. tour. The 17-date trek will kick off in Dallas on October 3 and visit New York, Chicago and Denver before ending on October 23 in Los Angeles. Opening the night are New York hardcore legends SICK OF IT ALL and hardcore punk/thrash metal band TAKE OFFENSE.

MUNICIPAL WASTE's Tony Foresta comments: "Ohhh, I'm exhausted. I've been on this street a thousand times. It's never looked so strange. The faces...so cold. In the distance, a child is crying. Fatherless...a bastard child, perhaps. My back aches...my heart aches...but my feet (stops to look at feet)... my feet are resilient! Thank God I took off my heels, and put on my... HIMALAYAN WALKING SHOES! Also this tour is going to rule. Yes!"

MUNICIPAL WASTE's sixth studio album, "Slime And Punishment", was released in 2017 via Nuclear Blast. The disc was the first WASTE album to be engineered by bassist Phil "Landphil" Hall at Blaze Of Torment Studios in Richmond, Virginia. Mixing and mastering was completed by Bill Metoyer (SLAYER, W.A.S.P., LIZZY BORDEN and DARK ANGEL) in Hollywood, California.

The cover artwork for "Slime And Punishment" was created by the band's good friend, Andrei Bouzikov. This was the fourth cover he created for them as he was responsible for the art for "Massive Aggressive", "The Art Of Partying" and the split with TOXIC HOLOCAUST, "Toxic Waste".

NAPALM DEATH's long-awaited new album will not be released before next year. The follow-up to the 2015's "Apex Predator - Easy Meat" will feature an appearance by guitarist Mitch Harris, who has been taking a leave of absence from NAPALM DEATH since late 2014 to focus on his family life. 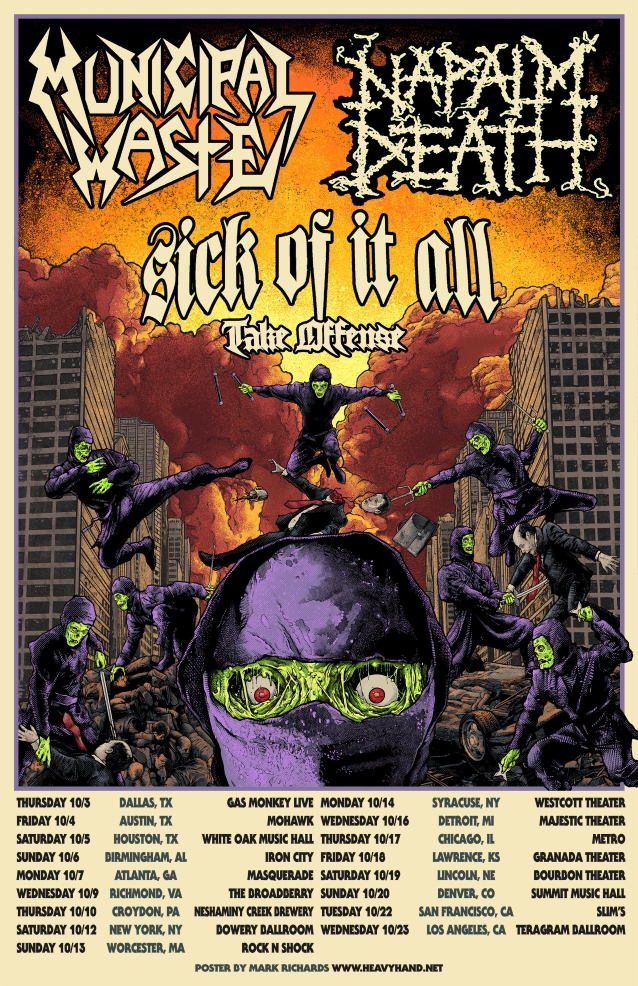