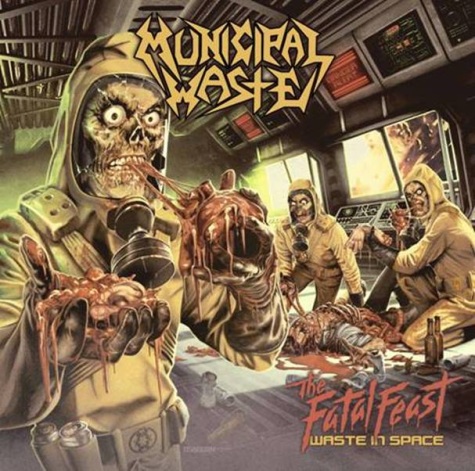 The Age Of Metal recently conducted an interview with vocalist Tony Foresta of the Virginia crossover thrash metal band MUNICIPAL WASTE, You can now listen to the chat using the Mixcloud player below.

MUNICIPAL WASTE's fifth studio album, "The Fatal Feast", will be released on April 10 in North America and April 13 in Europe via Nuclear Blast Records. The cover artwork for the CD was created by Justin Osbourn of Slasher Design and can be seen below.

Both the digipack and vinyl editions will include the bonus track "Eviction Party".