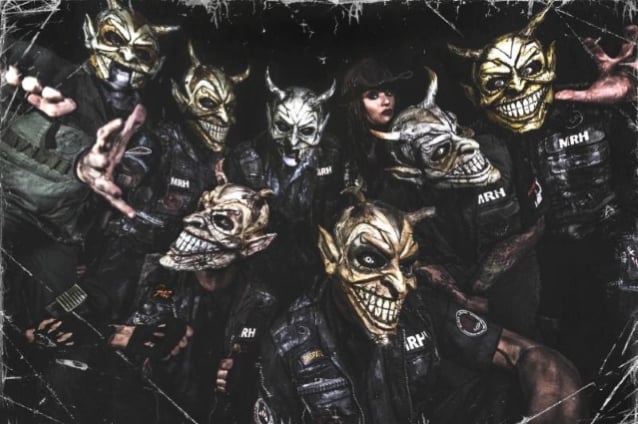 MUSHROOMHEAD is one of the most unique and adventurous alternative metal bands working today. Known for its stunningly theatrical live show and artsy masks, this innovative group has forged new ground in the rock world and influenced many other bands to push the envelope and bring art into rock. Formed in the early 1990s, the band's combination of metal, rock and atmospheric elements has struck a chord with thousands of fans worldwide.

MUSHROOMHEAD drummer Steve "Skinny" Felton said in a statement: "We are grateful for the opportunity to be part of the Napalm roster. None of this would be possible without all of the support we've received over the last 25 years. To the ALL the bandmembers, the road crews, the labels, our families, our friends and our fans… thank you all."

Napalm Records CEO Thomas Caser comments: "They are one of the most exciting acts in the metal world. The conceptual MUSHROOMHEAD, who've always had their finger on the pulse, will shock the world with their upcoming releases and tours. We are extremely proud to partner with this incredible act."

Felton told the Waterloo, Iowa radio station Rock 108 about the effect of MUSHROOMHEAD's latest lineup changes: "It's always cool to do new things with new people and not necessarily know what you're going to get. This will be MUSHROOMHEAD's eighth album, so I definitely don't want it to sound like everyone expects. I'm definitely looking forward to doing more experimenting. The unknown is really cool.

He added: "As far as the live show, it's super high-impact, high-energy. We're playing stuff that we haven't played in a while, and it feels really good to get out and get back to our roots."