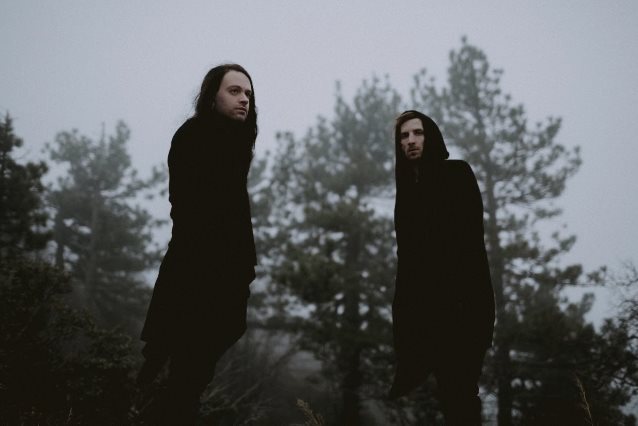 MYCHILDREN MYBRIDE has released another single titled "Act I: Elysium 77". The track, which features a guest appearance by THE WORLD ALIVE frontman Tyler "Telle" Smith, is taken from the band's new LP, "Vicious World", due on October 13 via Entertainment One Music / Good Fight Music.

"'Elysium 77' is the beginning of a story, one that deals in the haunting emptiness after losing someone you love," says MYCHILDREN MYBRIDE vocalist Matthew Hasting.

"Being able to feature Telle was something that was really exciting for us. We've known each other, and have been performing together for much of each other's careers. Him coming to the studio, and jumping on a track was just like hanging out any other day. A few takes and the deed was done.

"'Act 1' takes likeness to a summer movie ballad, in the vein of LINKIN PARK. Telle's singing blended with my screaming, bouncing back and forth and combining to become something new. It was an honor to have him on our record, and we can't wait for you all to hear it!"

Both "Act I: Elysium 77" and "Thorns" and are available on all streaming platforms and as iTunes instant-gratification tracks, meaning, fans who pre order the album get both tracks instantly.

"Vicious World" is the follow-up to MYCHILDREN MYBRIDE's self-titled LP, which came out in 2012.

Hasting continues: "For the artwork, I collaborated with the amazing artist Sam Wolfe Connelly to capture the eeriness and darkness of the record in one image.

"This record has taken us down a long and very winding road. But we're very thankful for eOne Music and Good Fight Music for believing in us and our passion for creating music. We can't wait for you all to hear 'Vicious World'!"

For "Vicious World", MYCHILDREN MYBRIDE worked closely with producer Travis Richter, best known as longtime guitarist of FROM FIRST TO LAST, the band that launched the career of Sonny Moore (a.k.a. Skrillex) and sold a half million albums over the years.

"Vicious World" is equally energetic, driving, dramatic, and cinematic. Each song takes listeners on a moving journey from start to finish, with special care and attention to structure and meaning.

The core duo of Hasting and guitarist/songwriter Robert Bloomfield, who appear together on every MYCHILDREN MYBRIDE album, now usher in a brand new era of the band forged in ambitious artistry and deliberate focus. They've combined elements of extreme metal and the punk-and-pop-infused mash-ups present on the Warped Tour and Mayhem stages with their own signature flavor, a product of their disparate geographical locations, unique background, and point of view.

Since the band's formation over a decade ago in Madison, Alabama, MYCHILDREN MYBRIDE has worked with nearly ever A-list metal/metalcore/hardcore producer in the game.

MYCHILDREN MYBRIDE dabbles in everything grunge, EDM, hip-hop, mainstream metal, and hard rock, cannibalizing the brightest spots of the seemingly contrasting genres, warping them, twisting them, and creating something inventive and fresh within its sound. Simply put, MYCHILDREN MYBRIDE has created the band its members wanted to hear. "Vicious World" is the sound of a creative entity in full command of its ambitions and experimentation, alternately catchy and inviting yet dense and thought provoking. 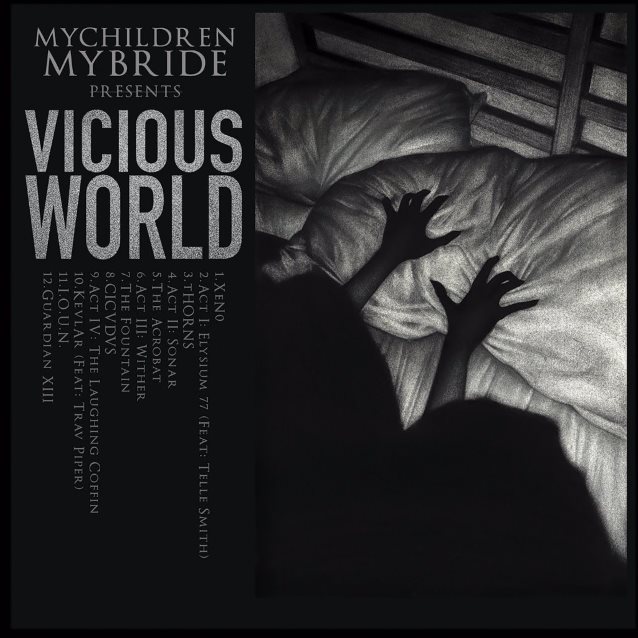