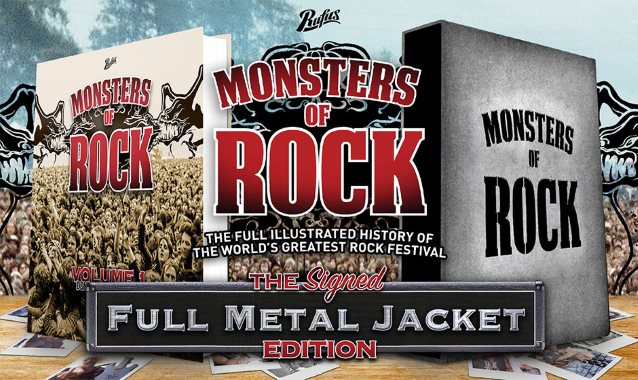 'Monsters Of Rock' Official Illustrated History In Words And Pictures

Live Nation and Rufus Publications have announced the publication of the official "Monsters Of Rock" visual history, volume one of a two-part series celebrating the legendary Monsters Of Rock and Download festivals.

Written by local journalist Jeff Clarke-Meads, who was backstage at every festival, this epic book takes us on a journey from the very first Monsters Of Rock in 1980 to the last event in 1996. Measuring 300mm square and featuring more than 300 pages covering each year of the festival with interviews, information, setlists and many never before seen photographs from the archives of rock's greatest photographers.

Two stunning editions will be published, including an amazing Signed Full Metal Jacket Edition, individually signed and numbered by JUDAS PRIEST frontman Rob Halford, who played at the very first festival in 1980, making this a unique collector's edition.

Andy Copping from Live Nation and the driving force behind Download explains: "There have been various books and magazines covering the Monsters Of Rock and Download festival, but I wanted to come up with a product which would cover all facets of these two amazing festivals, with exclusive, never-seen-before photos and stories as well as anecdotes from some of the key artists that have played at Donington Park. These special books will be a must have for Monsters Of Rock and Download festivalgoers and all music lovers."

The Monsters Of Rock book also features an incredible array of photography and images, taken by the world's leading rock photographers, including Ross Halfin, Barry Plummer, PG Brunelli, George Chin and many more. Mark Smith from Rufus Publications explains: "It's been a very long time researching this project and finding the right images, especially from the early years, has been incredibly difficult. But we've had some great support from the world's best rock photographers, so it's all starting to come together. We think it will be a landmark book about music at Donington Park, a real celebration."

A micro site launching the book and giving the fans chance to register has been created at www.monstersofrock1.com.

The publisher is also looking for rare and unseen photography from fans and professionals to feature in the book. The published can be contacted at [email protected] 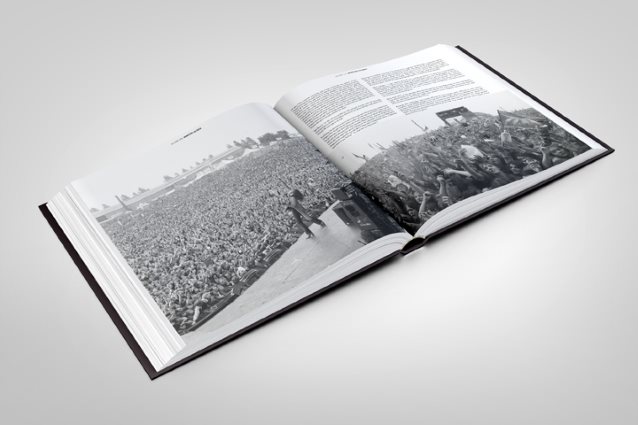 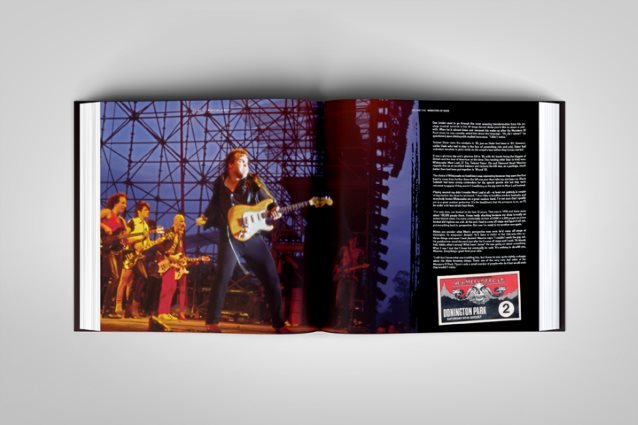