ALTER BRIDGE and SLASH FEATURING MYLES KENNEDY AND THE CONSPIRATORS vocalist Myles Kennedy will embark on a 15-city U.S. solo tour later this summer. Support on the trek will come from Tyler Bryant.

Myles said: "Happy to be hitting the road with the full band and our friend Tyler Bryant as support."

Kennedy's sophomore solo album, "The Ides Of March", was released in May via Napalm Records. 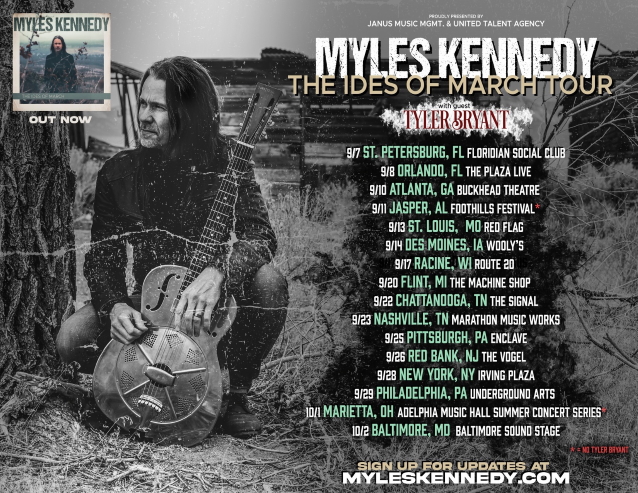