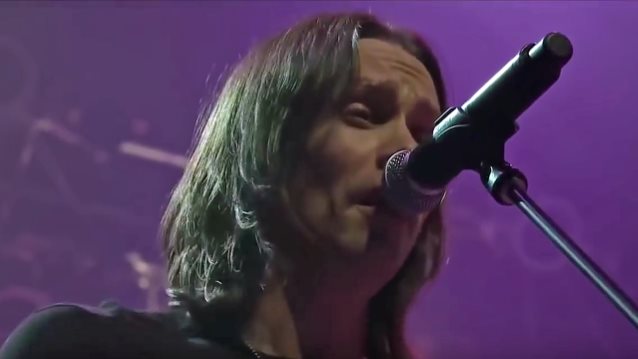 Singer Myles Kennedy, who has fronted Slash's solo band since 2010, was asked in an interview with journalist Gary Graff if there is a future for the group, dubbed SLASH FEATURING MYLES KENNEDY & THE CONSPIRATORS, now that Slash is off touring with the reunited GUNS N' ROSES. Kennedy responded: "That's a good question. I mean, the door's certainly open on my end. If it works out again in the future, I'm certainly up for it. I think that we'll just see how it plays out... I think it's just one of those things. We still talk; we just talked the other day, and we do a lot of texting and whatever. But, you know, there's no… I think, because both of us are so busy right now with our other entities, there's no definitive plans in place."

GUNS N' ROSES, with Slash and bassist Duff McKagan rejoining frontman Axl Rose in the band, began touring last year and has already book dates for much of 2017.