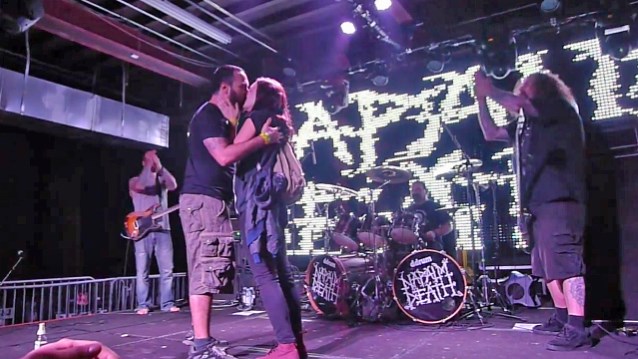 MARUTA singer Mitchell Luna proposed to his girlfriend Alexia Odette Ashton during NAPALM DEATH's January 27 concert at Grand Central in Miami, Florida. After taking the microphone from NAPALM DEATH vocalist Mark "Barney" Greenway, the groom-to-be said: "I'll keep this short and sweet. A couple of years ago, this really amazing girl and I made it official here at a NAPALM DEATH show." Turning his attention to his girlfriend, he continued: "It's been the happiest I've ever been. We've moved in together and I dearly love you. Considering we're at a NAPALM DEATH show, I figured this would be the right time to bring this up, to embarrass you a little bit considering this is our version of a romantic evening together. Now I'm going to ask you, Alexia, will you marry me?"

The entire NAPALM DEATH band congratulated the happy couple, before the outspoken Greenway offered his opinion on marriage. "Well, how do you follow that?" he told the crowd. "Well, the official line is to say that the traditional institute of marriage is a fucking sham, after all, but good luck to them all the same. As long as you're doing it for yourselves, that's all that fucking matters in my mind."

Check out video footage of the proposal below. 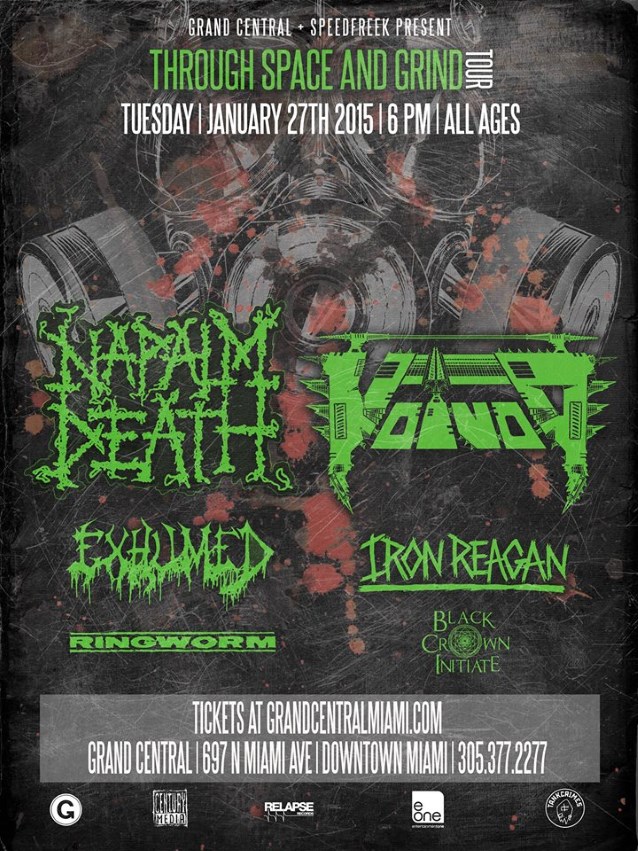