Fan-filmed video footage of NAPALM DEATH's entire November 23 performance at La Cigale in Paris, France during the "Deathcrusher 2015" European tour with CARCASS, OBITUARY, VOIVOD and HEROD can be seen below.

NAPALM DEATH vocalist Mark "Barney" Greenway recently commented on the events of November 13 in Paris, when more than 129 people were killed in seven coordinated terrorist attacks.

Asked by Metal Wani editor in chief Owais "Vitek" Nabi how he and his bandmates were affected by the Paris terror attacks, Greenway said: "Everybody reacts in different ways. Me personally, I kind of feel like I spent many, many years speaking out against the oppression and the violence and the lack of humanity. So my resolve is constant. I'm actually… Of course, I understand the gravity of it, but I'm not scared by it, 'cause I won't be beat by people like that. That's not meant to be any kind of machismo statement or anything like that; it's actually more of a humanitarian statement. Because I don't think anybody should have to put up with that."

He continued: "I think one thing that is a danger — it's not to justify — but I think you cannot put that incident in isolation. There are many things that go on in the world — violence on a local level, intimidation… and all of it is not acceptable — not just one piece. I mean, obviously, there was a lot of grandstanding involved with the attacks in Paris. It was significant in the sense that it was made for maximum publicity — clearly. But there are other things equally abhorrent in the world, and I think it all has to be looked at on the same level."

Greenway added: "One point I used the other day… We were doing a roundtable discussion with a magazine and I said that… I [talked about] the way that Israel behaves sometimes. Now, I believe, of course, as a human being, that the state of Israel has a right to exist — completely. I would never deny that, because we are all human beings, as they are too, and they have a right to a home. They were escaping from some equally fucking grim circumstances. But that doesn't excuse the way the state of Israel behaves towards the Palestinians, who have been evicted from their lands. And let's face it: there's not a lot of affluence there in Palestinian society, generally across the board. So for them to be oppressed even further, I mean, it's just not right. How can that ever be right? So, you know, just to illustrate the example: everything is equally abhorrent in terms of a human… from a human angle." 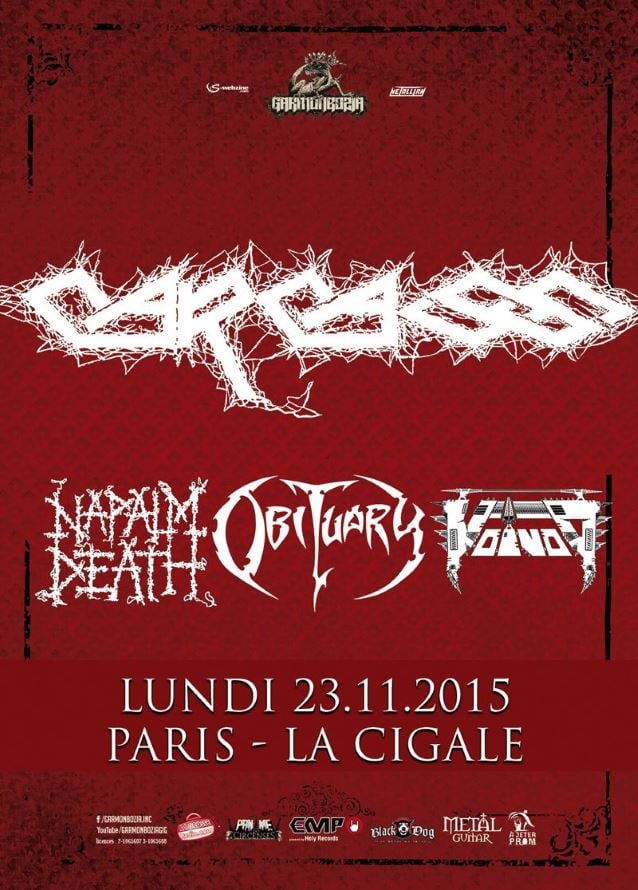