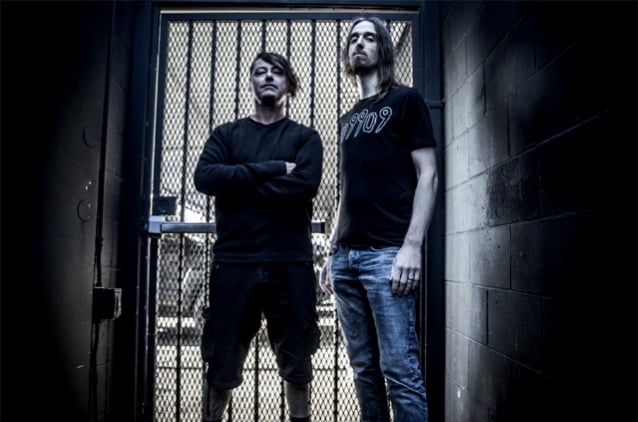 Mission Two Entertainment has announced the signing of BRAVE THE COLD. The band's debut album, "Scarcity", is scheduled for release on October 2.

Fronted by longtime NAPALM DEATH member Mitch Harris and MEGADETH drummer Dirk Verbeuren, BRAVE THE COLD is a two-piece formed in 2018 as the two metal conglomerates focus their energies into a new level of aggression. The culmination is "Scarcity", an eleven-track collection of ferociousness breathing much-needed life into the heavy metal scene of 2020. The disc was produced by the Logan Mader, who has previously worked with GOJIRA, FEAR FACTORY, CAVALERA CONSPIRACY and W.A.S.P., among others.

Harris says: "Mission Two Entertainment progressed to their next phase in the music world and they have been the most inspiring team I've ever worked with. They truly believe with heart and soul to push this to the highest level possible as we forge ahead in our forever altered civilization.”