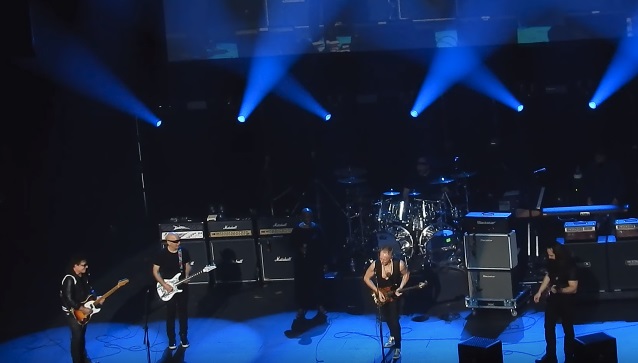 Last week, JOURNEY drummer Steve Smith apparently confirmed to the Marin Independent Journal that his band will embark on a six-month tour with DEF LEPPARD in May. The trek, which is expected to include around 60 dates, will likely be announced at the end of this week, possibly on Thursday, January 18, when Schon and DEF LEPPARD singer Joe Elliott are scheduled to promote the tour with media outlets in New York City.

DEF LEPPARD and JOURNEY previously toured together in 2006. The trek was reportedly one of LEPPARD's most successful U.S. runs since the 1992-1993 "Adrenalize" tour. The DEF LEPPARD-JOURNEY package launched in June 2006 and consisted of three legs, taking the two bands up to November of that year.

At the time, DEF LEPPARD was supporting its covers album called "Yeah!"

Collen has said in past interviews that he would love to tour with JOURNEY again.