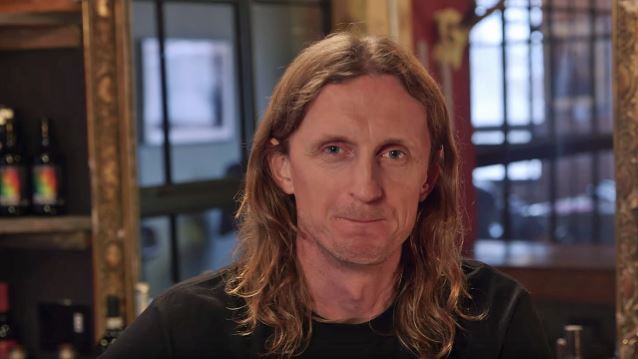 "Jomsviking", the new album from Swedish death metallers AMON AMARTH, is featured in the latest episode of "Overkill Reviews", the weekly look at the latest metal releases from Canadian documentary filmmaker Sam Dunn of Banger Films.

"Jomsviking" was released today (Friday, March 25) via Metal Blade in North America and Sony Music internationally. The first concept record in AMON AMARTH's storied career tells a tragic tale of love and revenge, backed by the Swedes' trademark melodic, anthemic metal, which was produced and mixed once again by Andy Sneap (MEGADETH, TESTAMENT, ACCEPT). The epic original story is set in the world of the Jomsvikings, the legendary order of mercenary Vikings.