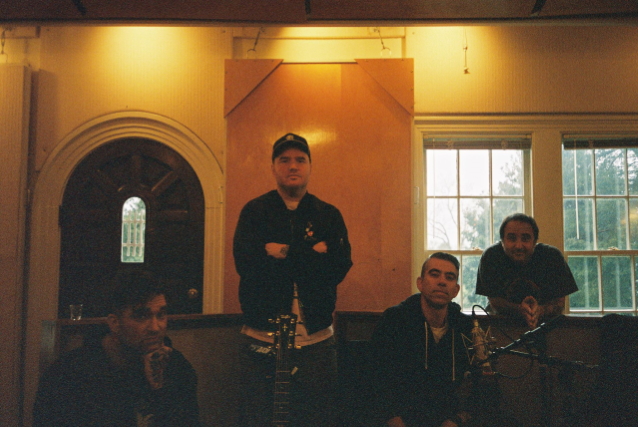 NEW FOUND GLORY Announces Acoustic Album 'Make The Most Of It'

Mixed by Mark Trombino (BLINK-182, JIMMY EAT WORLD),"Make The Most Of It" is a rumination on what it means to grieve, to live, to approach every day with appreciation and a sense of fulfillment.

In December 2021, fresh off the celebratory "Pop Punk's Still Not Dead" tour in support of NEW FOUND GLORY's tenth album, "Forever + Ever x Infinity", Gilbert was found unresponsive in bed at home, rushed to a local hospital, and diagnosed with an eight-inch cancerous tumor, a rare pheochromocytoma. Hospital stays, surgery, and a long road to recovery followed — but, in typical NEW FOUND GLORY fashion, so did the songs.

"I didn't want this to be the 'cancer record' originally," Gilbert admits. "But when we went on tour and people started hearing the story and connecting to it, I gave up on trying to control the narrative. Not all bands are dealt these cards, but we were. Let's take these songs and help the disease get awareness and raise money for a cause that's working on education and research for my rare cancer."

A percentage of proceeds from "Make The Most Of It" will go to The Pheo Para Alliance, the longest standing internationally recognized leader in advocacy for, and awareness of, pheochromocytoma.

"Even though the songs are sadder, they're still hopeful," Gilbert says. "You hear so much online about mental health and fear and anxiety. I feel proud that we can release an album with joy and honesty in a way that will hopefully make people less fearful of life. A lot of times we punish ourselves for things that might never happen. I'm going through something that did happen, but doing it with hope and joy and a greater appreciation."

"Make The Most Of It" track listing:

As NEW FOUND GLORY can attest, life moves quickly. Just three years after forming in Coral Springs, Florida, in 1997, the group were fast-tracked from local upstarts to mainstream stars on the back of ebullient pop melodies and hardcore-tinged breakdowns, setting off a blast of pop-punk dynamite that still lights the torch for modern acts more than two decades later. They became the voice of an underground movement, spurring iconic gold and platinum records (2000's "New Found Glory", 2002's "Sticks & Stones" and 2004's "Catalyst"),countless MTV appearances, an entire subgenre (easycore) and sold-out tours the world over.

"Make The Most Of It" tackles the last year head-on with their most emotional and cathartic collection of songs to date.

In many ways, it's remarkable it took NEW FOUND GLORY 25 years to release an acoustic album. Masters of stop-gap invention — from the ever-popular "From The Screen To Your Stereo" movie theme cover EPs to their hardcore alter egos INTERNATIONAL SUPERHEROES OF HARDCORE — the band have balanced the impulses of new and nostalgic better than nearly every one of their peers.

That continues on "Make The Most Of It", which also features live versions of seven NEW FOUND GLORY classics recorded in Nashville in 2022 during the band's "NFG Unplugged Total Request Livestream & Concert". The live session tones down the caustic energy of a NEW FOUND GLORY show but strips the band down to their bare essentials: Jordan Pundik's unmistakable vocal and wholly resonant songwriting. When the band lead the audience through a sing-along on their very first single, "Hit Or Miss", it's hard not to get choked up at how important NEW FOUND GLORY still is to fans 25 years in. 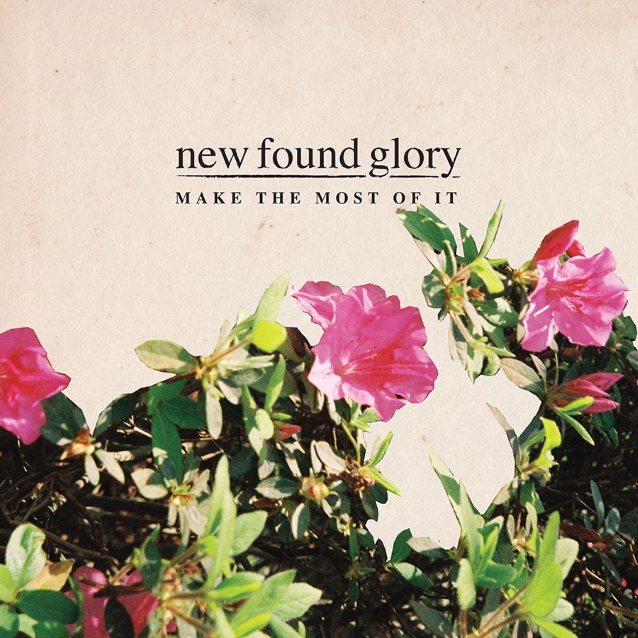