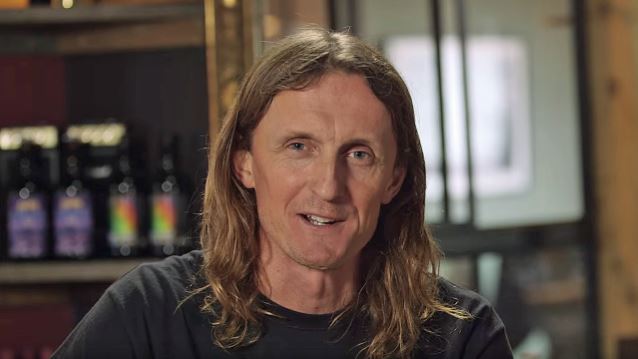 "Incarnate", the new album from Massachusetts metallers KILLSWITCH ENGAGE, is featured in the latest episode of "Overkill Reviews", the weekly look at the latest metal releases from Canadian documentary filmmaker Sam Dunn of Banger Films.

According to music industry web site Hits Daily Double, "Incarnate" is likely to sell between 27,000 and 32,000 copies in the United States in its first week of release. The SPS figure is expected to be between 28,000 and 33,000.

KILLSWITCH ENGAGE's fifth studio album, "Disarm The Descent", sold around 48,000 copies in the United States in its first week of release to land at position No. 7 on The Billboard 200 chart.

"Disarm The Descent" was KILLSWITCH ENGAGE's first album with original singer Jesse Leach at the vocal helm since 2002's now-classic, genre-defining "Alive or Just Breathing". Leach returned to the band in January 2012 after a decade-long absence.

KILLSWITCH ENGAGE has just embarked on a North American headline tour. They are being joined by MEMPHIS MAY FIRE and 36 CRAZYFISTS for the trek. The tour runs until April 24 near Charleston, South Carolina.