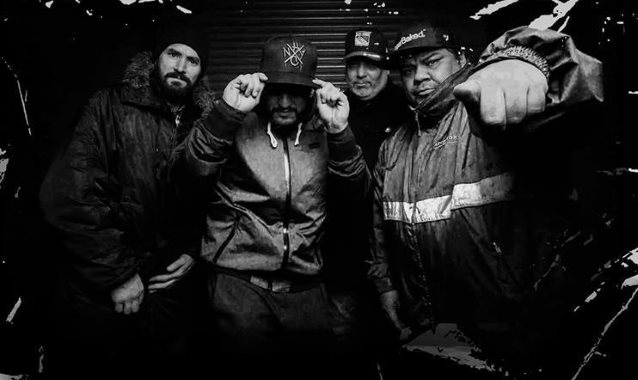 New York hardcore veterans MADBALL have teamed up with Fast Break Records for a forthcoming split seven-inch single. The "Family Biz" single sees the Freddy Cricien-fronted outfit joining forces with Pennsylvania's blue-collar-core heroes WISDOM IN CHAINS. To be released on September 25, the split will feature one new song from each group.

"For The Cause" from MADBALL will be the title of the group's forthcoming album on which the band is working heavily at the moment. This version of the title track was recorded just for the single and is a precursor of what to expect. Cricien stated about the song: "It's about staying the course and fighting for what you love and are passionate about. It's a theme that you'll hear a lot throughout our next album. Utilizing negativity and the obstacles you face as inspiration. 'Say I can't, say I won't again... Give me the fuel that I need to ascend!"

Speaking about the long-standing camaraderie with WISDOM IN CHAINS, Cricien said: "We're cut from a similar cloth and there's a genuine respect and friendship amongst us. WISDOM IN CHAINS is one of my favorite hardcore bands!"

"Someday" is WISDOM IN CHAINS contribution to the split. Vocalist Mad Joe Black says that the track is "about not living in the past and not fixating on the future. Look at what you have in your life and appreciate the good things and work hard to improve what needs improving. It kind of represents that hardcore work ethic that bands like MADBALL are known for."

Regarding the bond between the two bands, Black added: "MADBALL means the world to us. They have helped WISDOM IN CHAINS out countless times. This is a very special release for us and I can't wait for people to hear both songs! Hardcore lives!"

These tracks will not be previewed or premiered before street date so make sure to pre-order your copy via the link below. European fans can order a limited and Europe-exclusive green version of the seven-inch as well as an exclusive t-shirt via the Nuclear Blast webstore in that region.

Be on the lookout for news in the near future regarding MADBALL's next full-length album (to drop via Nuclear Blast in 2018). 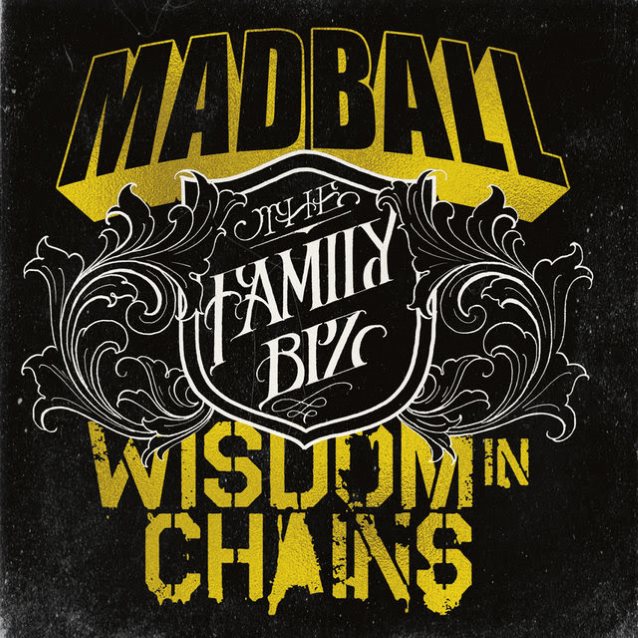