MR. PLOW is a solo acoustic, punk folker hailing from the back corridor of east Vancouver, B.C. Mixing a raunchy overtone of comedy with a punk folk and roll flavor. (Best described as GG Allin meets Neil Young in a bar room brawl on roller skates without the flinging pooh!)

MR. PLOW is a touring maniac, has been obsessively, berating audiences all over North America for the last ten years. Compiling over 40 tours, MR. PLOW has travelled with some legendary acts over the years, including FISHBONE, D.O.A., SNFU, DAYGLO ABORTIONS and has shared the stage with BOB LOG III, ANTISEEN, BLOWFLY, NOMEANSNO, HANSON BROTHERS, STRUNG OUT, BANE, GROOVIE GHOULIES, THE 3TARDS, THE RIPCORDZ, DEADBOLT and many, many more.

MR. PLOW has released four discs over the last six years through Crusty/Bad Stain Records, selling over 5,000 units off the stage alone.

This time around he has enlisted a cast from some of the best of the best to add their flavors and stylings to the collage of catchy little ditties. Gene Hoglan (STRAPPING YOUNG LAD, DEATH, DARK ANGEL, DETHKLOK, TESTAMENT, MELDRUM) beats the tubs, Norwood Fisher (FISHBONE, TRULIO DISGRACIAS) slaps out some mad bass vibes, and Rocky George (ex-SUICIDAL TENDENCIES, FISHBONE) shreds out some smoking guitar riffs and classic solos. And it doesn't stop there!! Oderus Urungus and Flattus Maximus (GWAR) flew in from their homeland in Antarctica to lend a hand with some guest vocals and flailing lead guitar. Angelo Moore (FISHBONE),Chris "The Heathen" Valago (ZIMMERS HOLE),Chi Pig (SNFU),and the lovely Plow Angels (Sarah Jane and Krista) all lend their vocal cords to spice up the mix.

For more information, go to www.myspace.com/mrplow. 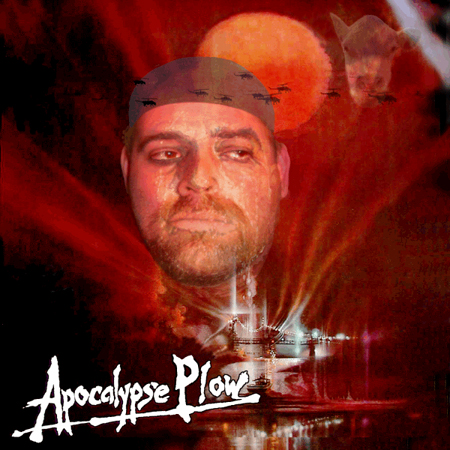