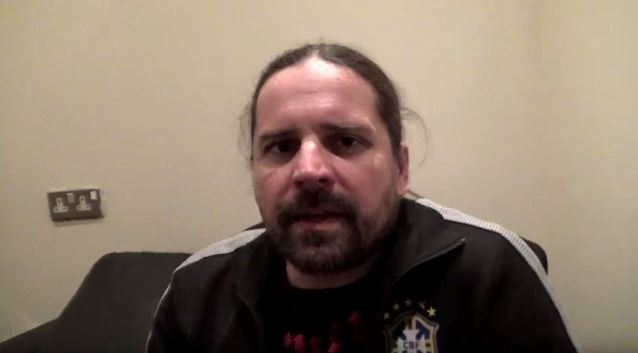 Impact metal channel conducted an interview with SEPULTURA guitarist Andreas Kisser before the band's August 10 concert in Dublin, Ireland. You can now watch the chat below.

Speaking about the recently released SEPULTURA song "Under My Skin", which celebrates the band's 30th anniversary as well as pays homage to the group's fans, Andreas said: "That song is not a part of any album; it's something very specific for this year, a celebration of thirty years [of SEPULTURA's history]. And it's a gift to our fans who have a SEPULTURA tattoo. It's such a showing of great respect for [the] band, for [the] music, and I think it was the minimum that we could do — express that retribution of respect and love. And we wrote [this] specific song for them and we released it only on vinyl and digital; it's like a special collector's item."

Kisser also talked about the progress of the songwriting sessions for the follow-up to SEPULTURA's 2013 album, "The Mediator Between Head And Hands Must Be The Heart". He said: "The new album, we're gonna starting working [on it] now. Of course, I have a lot of riffs here and there. [Drummer] Eloy [Casagrande] also has some ideas. But we need really to start organizing and then get ready for practice and really develop the songs properly. But we're gonna take our time, probably for an end-of-2016 release."

This is not the first time a member of SEPULTURA has collaborated with DarkSide Books. Back in 2013, Kisser wrote the foreword to the BLACK SABBATH biography "Destruição Desencadeada".

"The Mediator Between Head And Hands Must Be The Heart" came out on October 29, 2013 via Nuclear Blast. 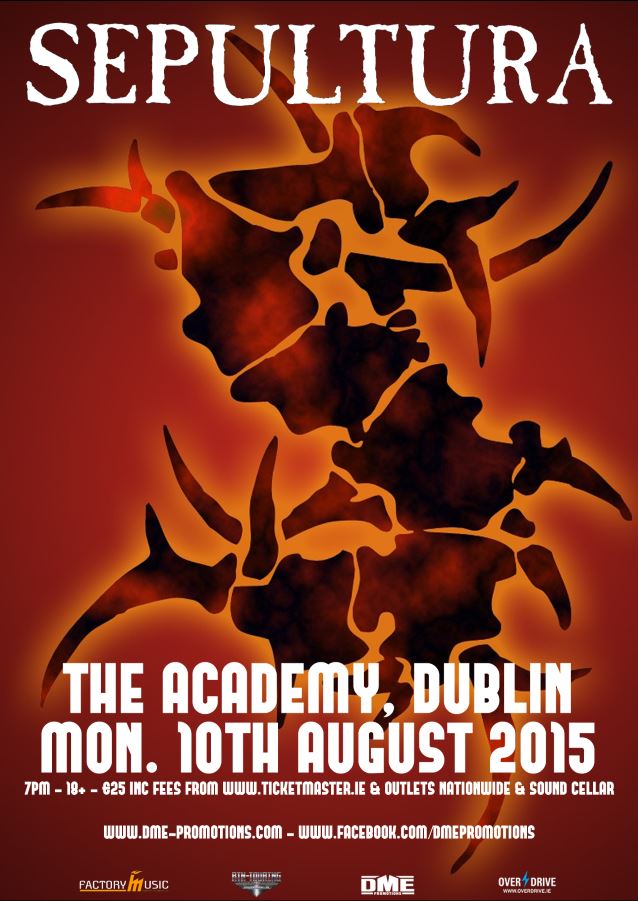