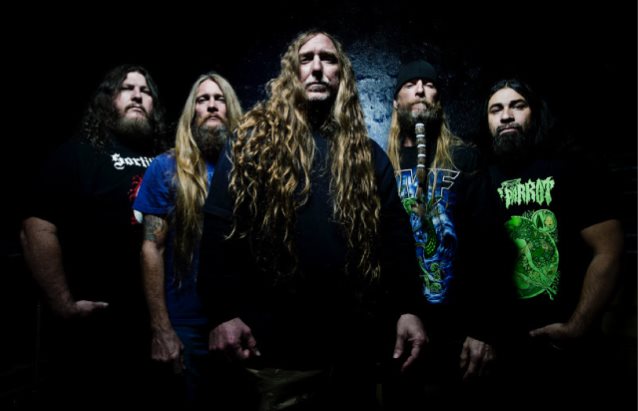 "Sentence Day", a brand new song from Florida death metal veterans OBITUARY, can be streamed below. The track is taken from the band's self-titled, tenth studio album, which will be released on March 17 via Relapse.

Commented OBITUARY vocalist John Tardy: "When writing records the song titles and album titles are always the last things on our minds. We know that the songs themselves are the most important thing, so with this our tenth studio album and nearly three decades as a band, we thought it was the perfect time for a self-titled release. It always helps to have a killer album cover so we worked with Andreas Marschall, gave him our ideas and thoughts and asked him to break out the big guns to create an epic logo and he delivered like he always has for OBITUARY."