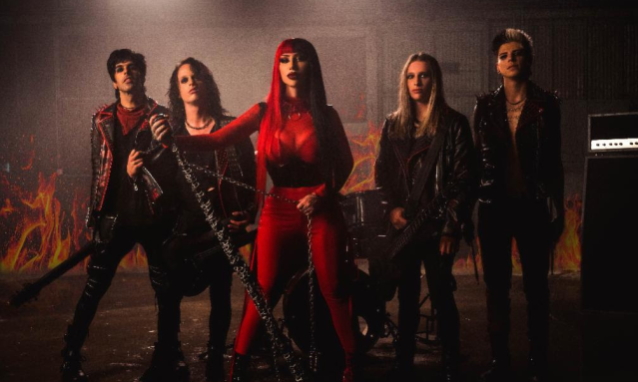 NEW YEARS DAY has released its first new song in three years. The official music video for the track, titled "Hurts Like Hell", was directed by Robyn August, who has previously worked with NOTHING MORE, Snoop Dogg and Pitbull.

NEW YEARS DAY singer Ash Costello said: "'Hurts Like Hell' might seem like a song about a relationship on the surface; in a way, it is, I suppose.

NEW YEARS DAY will hit the road next month as the support act for HALESTORM. A headlining run of shows will kick off on October 8 in Palmdale, California and run through October 23 in Jacksonville, North Carolina.

NEW YEARS DAY's latest album, "Unbreakable", was released in April 2019 to critical acclaim. The band enlisted powerhouse producers Mitchell Marlow (ALL THAT REMAINS, IN THIS MOMENT) and Scott Stevens to create an album that combined heavy rock with pop sensibilities.