Acclaimed rock band NICKELBACK has announced the 2023 "Get Rollin'" tour, in support of their most recent 10th studio album, "Get Rollin'". Produced by Live Nation, the massive run will hit 38 cities this summer, kicking off on Monday, June 12 in Quebec City, Quebec at Videotron Centre, with stops across North America in Montreal, Calgary, Edmonton, Vancouver, Los Angeles, Chicago, Boston, Nashville and more before wrapping up on Wednesday, August 30 in Belmont Park, New York at UBS Arena. Renowned country rocker Brantley Gilbert joins the band on all non-festival dates along with rising country artist Josh Ross.

NICKELBACK's first album in five years, "Get Rollin'" was released November 18, 2022, via BMG and debuted at No. 2 across the Current Rock, Alternative, Hard Music and Digital Album charts. The record also landed on the ARIA Album Chart at No. 3 and in the Top 10 in the U.K., Canada, Germany, Australia and Austria. Additionally, "Get Rollin'" debuted at No. 1 in Switzerland, a career first for the band. The highly acclaimed new album is a thrilling soundscape of adventure, nostalgia and emotional exploration. With the new record, NICKELBACK continues their incomparable legacy as "one of rock's biggest-ever bands," as noted by Kerrang!, and furthering their legacy is set to be inducted into the Canadian Music Hall Of Fame at the Juno Awards on March 13, 2023.

NICKELBACK's history dates back to 1995 in Hanna, Alberta, where they got their start playing covers in a band called VILLAGE IDIOT, a nod to the small-town nature where they played and grew up. In 1996, Chad, alongside Ryan Peake, made the 10-hour trek west to follow Mike to Vancouver, British Columbia, where the band still resides and continues to make music today.

The band's numerous smash hits, coupled with worldwide sales of over 50 million albums sold, seals their status as one of the top-selling acts of all time and the second best-selling foreign act of the 2000s in the U.S., behind only THE BEATLES. The wildly popular smash hit "How You Remind Me" was named Billboard's "Top Rock Song Of The Decade", which was a contributing factor in the publication's decision to crown NICKELBACK "Top Rock Group Of The Decade" shortly after.

Beyond their Juno Awards, the group has received nine Grammy Award nominations, three American Music Awards, a World Music Award, a People's Choice Award and seven MuchMusic Video Awards. They were inducted into Canada's Walk Of Fame in 2007. 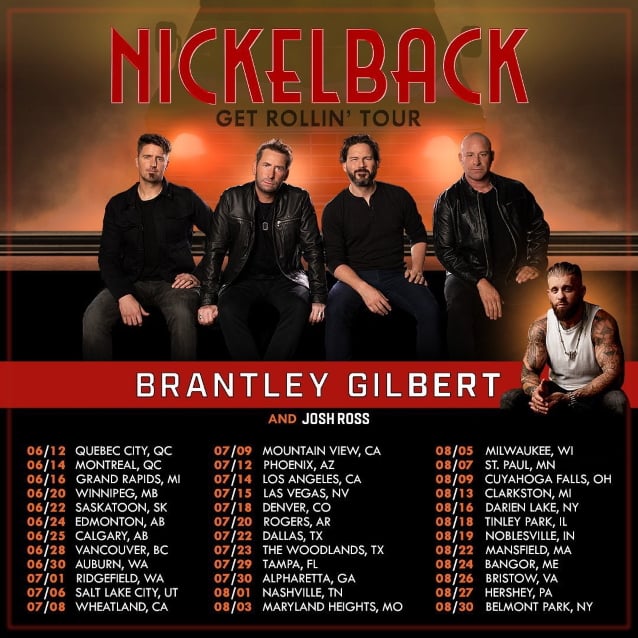