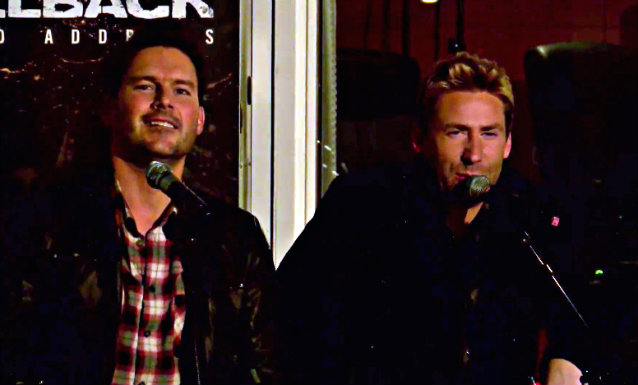 On November 13, guitarist Ryan Peake and guitarist/vocalist Chad Kroeger of Canadian rockers NICKELBACK took part in a question-and-answer session with Sweden's Bandit Rock radio station. You can now watch the chat below.

NICKELBACK's new album, "No Fixed Address", sold around 80,000 copies in the United States in its first week of release to land at position No. 4 on The Billboard 200 chart. The CD arrived in stores on November 17.

Kroeger told The Pulse Of Radio that title of the album was inspired by the way it was recorded. "We kind of did it all over the place," he said. "I mean, we were in Vancouver, we were in L.A., we were in Maui, we had a portable rig with us on a European tour and we were recording stuff there. So I mean, that's why we've titled the album 'No Fixed Address'."

The first single from the album, "Edge Of A Revolution", has already topped the rock radio airplay chart. 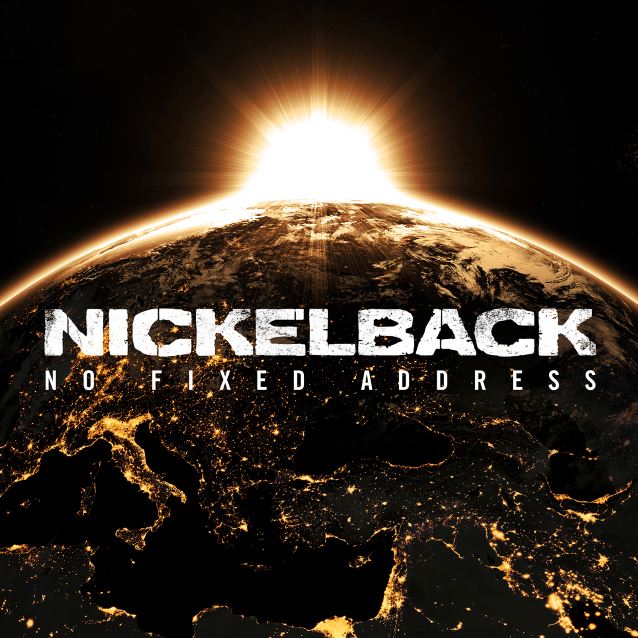