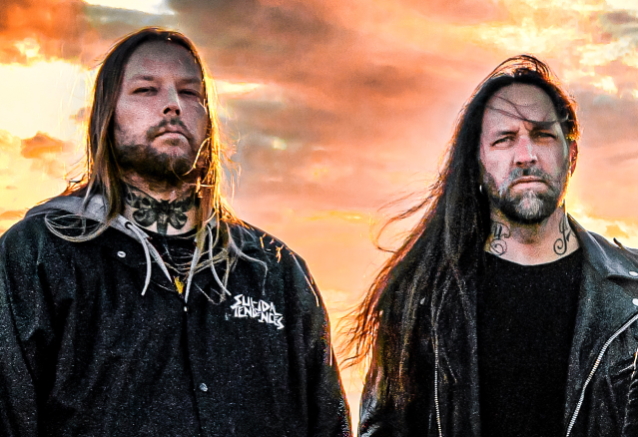 NICLAS ENGELIN Says JESPER STRÖMBLAD's Alcohol Addiction Is 'An Ongoing Battle': 'He Has His Demons To Fight With'

Asked in a brand new interview with Australia's "Scars And Guitars" podcast how Jesper's health is nowadays, Niclas said (as transcribed by BLABBERMOUTH.NET): "It's an ongoing battle — it is. He has his demons to fight with. We're with him in this fight. We are supportive, and it's all about love. He is in the band, and he's a bandmember, but it's from day to day, I think — but mostly way better than it has been… It's full-on support and love. And he's in a better place now today than he has been, as I mentioned. So he will be on stage [with] us, as much as he can do it, feel strong about it. No pressure from us. It has to feel good for him."

THE HALO EFFECT made its live debut on June 11 at the Sweden Rock Festival in Sölvesborg, Sweden. Fan-filmed video of the performance can be seen below.