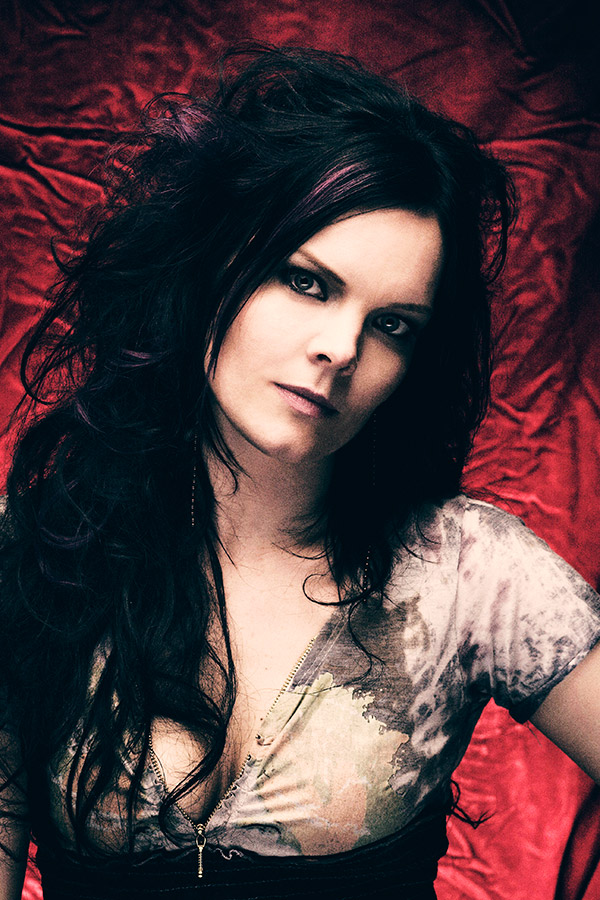 Finnish symphonic metallers NIGHTWISH have recruited 35-year-old Swedish singer Anette Blyckert (a.k.a. Anette Olzon) to replace Tarja Turunen. A photo of the new vocalist can be found here. A short video "greeting" from Anette is available for download at this location (MPEG, 5 MB).

Regarding her musical background, Anette said, "I was raised in a musical family and I've been singing since childhood. My mom also forced me to play the oboe for 8 years! I toured constantly with my mom and her band in my childhood, sometimes I even sang on stage with them.

"After I turned 13, I started competing in several talent shows. I joined my first real band when I was 17, it was a cover band and all the other musicians were older than me. After playing cover songs, I joined a band called ALYSON AVENUE, first just as a studio singer, later as their leading lady. We've released 2 albums since 2000.

"At the age of 21, I played the leading role in a rock opera/musical called 'Gränsland' in Helsingborg. After that I got in to the Balettakademien in Gothenburg. In addition to the already mentioned, I've been in several other bands over the years, I've sung in choirs, done studio work for various projects and I've even occasionally been a wedding singer. Recently I sang a duet with Michael Bormann (ex-JADED HEART singer) on his album 'Conspiracy'. During my singing career I've sung nearly every kind of music that there is!

"In my earlier days I took singing lessons at the Copenhagen Music Conservatorie, in Helsingör, Denmark with a private teacher. Nowadays, when its needed, I take lessons from a private teacher at the Malmö Music University."

NIGHTWISH's new single, "Eva", will be released in Finland via NetAnttila on Friday, May 25. "Eva" will receive a Finnish radio premiere on Radio Rock and YleX Friday morning at 7:00 a.m.

Two short audio samples of "Eva" have been posted online: Sample#1, Sample#2. All profits from "Eva" (cover) will be donated to charity.

The sixth NIGHTWISH album will be released on September 26, preceded by a second, regular single release in August. NIGHTWISH leader Tuomas Holopainen (keyboards) recently told Finland's Soundi magazine that the group's upcoming album will include a 14-minute song entitled "The Poet and the Pendulum".

NIGHTWISH fired its original singer, Tarja Turunen, via an "open letter," which was given to the singer immediately following their final concert together, which took place on October 21, 2005 at the Hartwall arena in Helsinki, Finland. The Helsinki show was filmed and recorded for the "End of an Era" DVD and CD, which entered the German chart at a No. 3.

Check out Anette Blyckert's recordings with ALYSON AVENUE at this location.