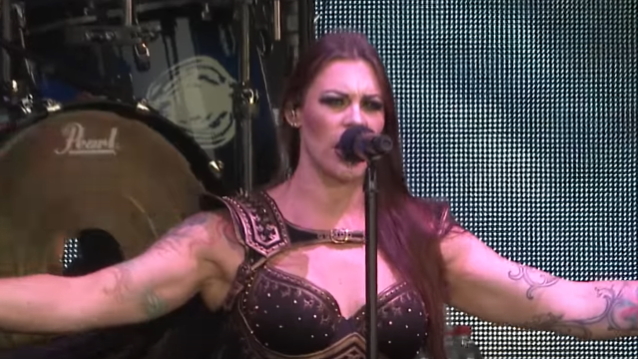 NIGHTWISH played a special "secret" concert earlier tonight (Wednesday, July 28) in Oulu, Finland. The Finnish/British/Dutch symphonic metallers performed at Club Teatria disguised as a NIGHTWISH cover band called NEVSKI & THE PROSPECTS, although speculation about the group's actual identity was strong enough to cause the event to sell out.

NIGHTWISH played the Oulu show as a warm-up for its festival appearances in Finland this week: July 30 at Qstock and July 31 at Kuopiorock.

The Oulu gig marked NIGHTWISH's first fan-attended show in more than two a half years. It was also NIGHTWISH's first proper concert with session bassist Jukka Koskinen's (WINTERSUN),who stepped into the group as the replacement for longtime NIGHTWISH bassist/vocalist Marko "Marco" Hietala. Hietala announced his departure from the band in January, explaining in a statement that he hadn't "been able to feel validated by this life for a quite a few years now."

Koskinen made his live debut with NIGHTWISH at the band's two interactive experiences in late May. The shows reportedly drew 150,000 viewers, setting the record for the largest paid virtual concert in Finland's history. Most of the viewers came from Europe and North America, but the performance was a truly global event, with fans in 108 countries purchasing tickets to the show and the box office gross exceeding one million euro.

In May, NIGHTWISH keyboardist and main songwriter Tuomas Holopainen said that Hietala's decision to leave the band "came as a bit of a surprise." He told Finland's Kaaos TV: "Marko informed us in December last year [that he was leaving the band]. And even though he has been very open about his state and problems during the past years, it still came as a bit of a surprise for us. So it was a really tough pill to swallow. And for a few days, I was actually quite confident that there's no coming back, that this is it. I remember talking to Emppu [Vuorinen], the guitar player, and we were, like, 'You think this is it?' 'Yeah, I think this is it.' I mean, enough is enough. So much has happened in the past. Something that broke the camel's back, as they say. Then, after some time had passed — a few days — we started to think that it's been such a ride of 25 years, with so many ups also, that this is not the way to end it." 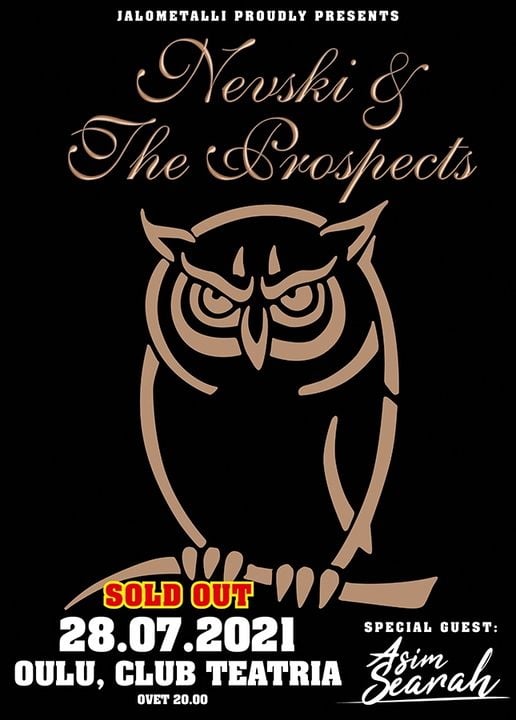