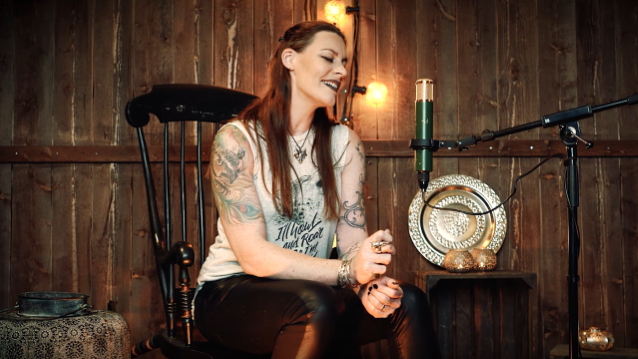 NIGHTWISH's Floor Jansen has released her cover version of the HEART classic "Alone". A video of her rendition, featuring music by Joost Van Den Broek, can be seen below.

In a statement accompanying the YouTube release of her "Alone" video, the Dutch-born vocalist wrote: "Picking Alone from @thebandheart (HEART) as my second cover on YouTube felt like the right decision. I have performed this song with NIGHTWISH, AFTER FOREVER and even at the Christmas Metal Symphony! So when I saw many of you requesting this song, I got to work! Hope you enjoy it!"

Earlier in the month, Jansen released her cover version of the song "Let It Go" from the Disney movie "Frozen". She revealed that she got the inspiration to record the track through her three-and-a-half-year-old daughter Freja, who had been listening to it and singing it "for months."