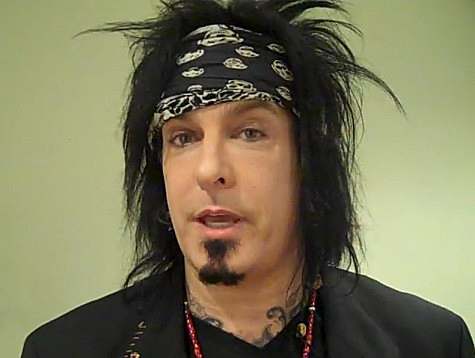 NIKKI SIXX: '25 Years Ago, I Had Two Almost-Fatal Drug Overdoses That Changed My Life Forever'

"25 years ago today I had two almost-fatal drug overdoses that changed my life forever. I can't even see myself these days as that kid who was running head strong into the abyss, but I know he taught me how to live when he finally decided to do it for himself. I would of [sic] never seen the birth of my four beautiful children and had such a wonderful life (even with its adversity) if I had not kicked drugs.

"I can't say it loud enough, if your [sic] into them or considering doing them: DRUGS DON'T WORK. The downside is NEVER pretty.

"I am extremely grateful to be able to look back over these last 25 years and have all the memories that would of [sic] otherwise gone down up flames.

"Today I am going over more script material for 'The Heroin Diaries' for the Broadway play.

"Life really is a crazy and fun journey, isn't it?

"Have a great holiday season wherever you are. Live in the moment."

As previously reported, Sixx's memoir, "The Heroin Diaries: A Year In The Life Of A Shattered Rock Star", is being turned into a Broadway play. Sixx stated in an online posting last month, "We’re getting pretty far down the road. We hope for a late 2013 or early 2014 for it to open."

"The Heroin Diaries: A Year in the Life of a Shattered Rock Star", which was supposedly taken from actual journals Sixx kept in the late '80s while in the grip of a near-fatal heroin addiction, was originally released September 18, 2007 via MTV Pocketbooks/Simon & Schuster and debuted at #7 on the New York Times Book Review non-fiction best-seller list.

The 400-plus page book, written in part with journalist Ian Gittins, was previously described as "a brutally honest look at Sixx's hellish year, one which saw him overdose and be declared clinically dead at one point while MÖTLEY CRÜE toured behind its 'Girls, Girls, Girls' album."