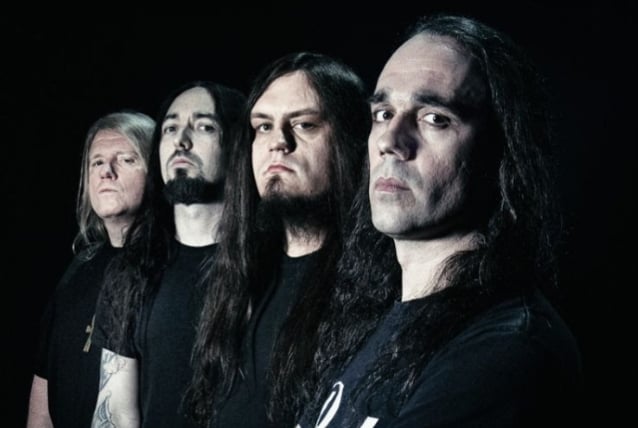 Technical death metal champions NILE have announced the 2019 "A Vile Caustic Attack" tour with special guests TERRORIZER. The 39-date trek will kick off at the Loft at Centerstage in Atlanta, Georgia on November 1 and will conclude on December 14 at The Firmament in Greenville, South Carolina.

NILE founding member Karl Sanders comments: "The band is very much looking forward to the upcoming NILE/TERRORIZER USA tour in November 2019. We had a great time touring Europe together last year and I have no doubt that NILE and TERRORIZER touring the states as a package will be a month-long extravaganza of metal madness. All of us in NILE are also extremely fired up for this November USA tour as we will be playing several killer new songs from our newest record as well as classic NILE favorites from our back catalog. See you on tour!"

NILE will be touring in support of its upcoming LP. Stay tuned for more updates about the anticipated ninth album.

Confirmed dates for the 2019 "A Vile Caustic Attack" tour with special guests TERRORIZER:

NILE's follow-up to 2015's "What Should Not Be Unearthed" album will mark the band's first release with new guitarist/vocalist Brian Kingsland, who replaced Dallas Toler-Wade in 2017.

Speaking to Metal Mad TV at last year's Hellfest in Clisson, France, Sanders stated about the writing sessions for NILE's next disc: "It's not an overly complicated process. We start writing the songs, and we share demos back and forth, and we all contribute and try to shape the music. But we've been interrupting the process with tours here and there. So we start on a few songs, we tour, come home, work on a few more, then go back on tour, come home, work on a few more."

"What Should Not Be Unearthed" was released in August 2015 via Nuclear Blast. 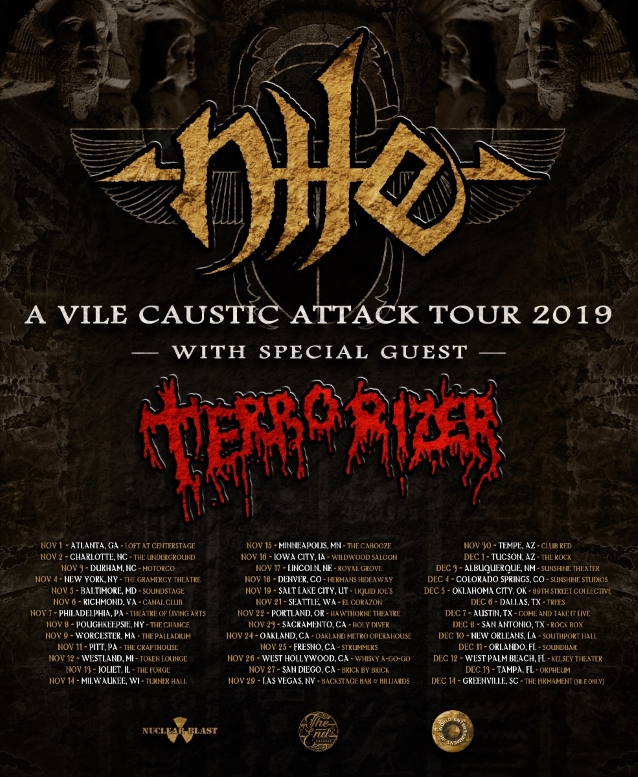