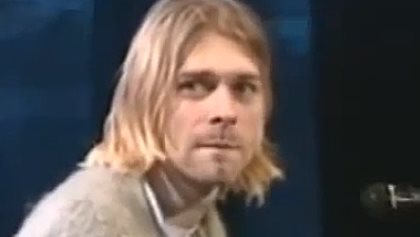 NIRVANA To Be Honored In Washington In April

According to The Pulse Of Radio, the town of Hoquiam, Washington will declare April 10, 2014 as Nirvana Day. Hoquiam's mayor, Jack Durney, reportedly spoke on the legendary rock group, saying, "They bring great honor, I think as I say, to our entire community. And I think that it's good Kurt Cobain lived in Hoquiam for a little while, but he and Krist Novoselic are part of our community, and I think it's good to honor our sons and their great accomplishments."

As previously reported, NIRVANA will also be inducted into the Rock And Roll Hall Of Fame. They will be honored alongside KISS, Peter Gabriel, Cat Stevens and several others.

The Rock Hall induction ceremony will take place at the Barclays Center in Brooklyn, New York on April 10 — the same day NIRVANA is set to receive their day in Hoquiam.