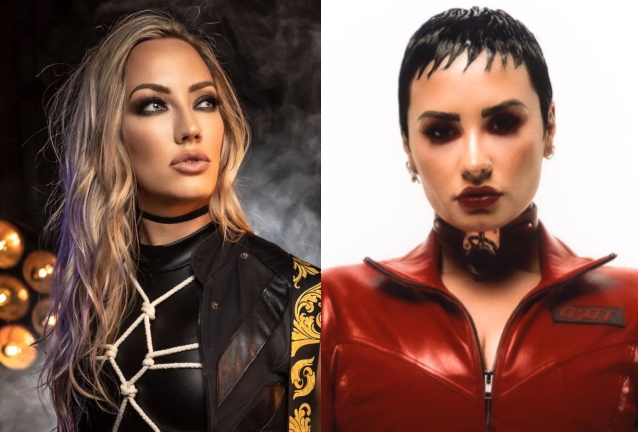 Former ALICE COOPER guitarist Nita Strauss says that she is "excited" about her new gig as a touring member of singer Demi Lovato's solo band.

Earlier today, Nita took to her Instagram to share a list of Demi's upcoming shows, and she wrote in an accompanying message: "Let's rock, @ddlovato! Excited to dive into this show and have some fun".

Nita's new gig was first reported as a rumor on Monday (July 11) on the Metal Sludge web site.