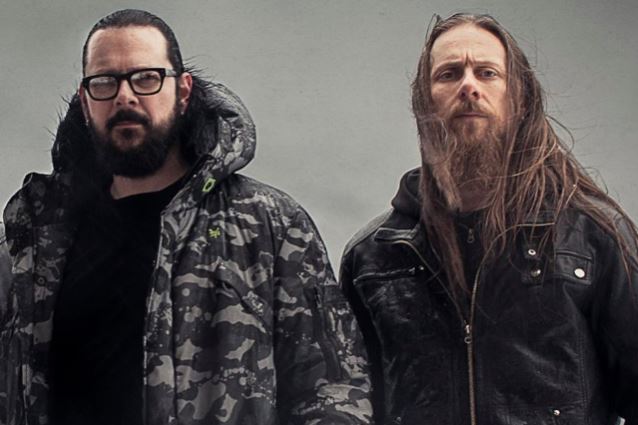 Norwegian black metallers EMPEROR will return in 2017 for a few exclusive appearances, perfoming their "Anthems To The Welkin At Dusk" album in its entirety to celebrate the LP's 20th anniversary. The first confirmed show is next August at the Brutal Assault festival in Josefov, Czech Republic.

Unlike EMPEROR's 2014 live appearances, during which EMPEROR was rejoined by drummer Bård "Faust" Eithun as part of a 20th-anniversary celebration of the band's "In The Nightside Eclipse" album, the upcoming gigs will feature drummer Kai Johnny "Trym Torson" Mosaker, who was in the band from 1996 to 2001, and again from 2005 to 2007.

In a 2014 interview with Scuzz TV, EMPEROR frontman Ihsahn (real name: Vegard Sverre Tveitan) stated about the band's decision to reunite for less than a dozen "In The Nightside Eclipse" anniversary shows: "We did a [reunion] thing in 2006 and 2007, but that was kind of a collection of songs from our whole career; it was really just doing a small tour that we never got to do after the last EMPEROR album. And [this time] we discussed it [beforehand]. Especially for me personally, I didn't want to do the same thing over again — and keep reuniting. That's not my cup of tea, if you will. And since I've always been busy in the meantime, I've been trying to be very conscious about the way you communicate this to your listeners, that I'm still trying my best with my own material. I don't wanna give the message that this is second rate [and I wanted to let everyone know that] the focus there is not just this nostalgia. But at this point, it's kind of… 'In The Nightside Eclipse' was kind of our starting point, so, for us, it's kind of a big deal. It's the starting point of us being able to do this for 20 years… against all odds. I mean, how many have come out of Norway at all [before we first came onto the scene]."

Ihsahn recently said that he sees "absolutely no point" in making another studio album with EMPEROR because the final product "would be a disappointment" to the group's fans.

Asked by Metal Wani what it would take for him and Samoth to make a new EMPEROR album at this point, Ihsahn, responded: "Well, that's the thing. I mean, I know people… Of course, I get that [question] a lot. But I don't know, really, if people know what they're asking for. Because, basically, I ended up writing the last EMPEROR album on my own; I was kind of bound in this direction of going it alone. So if it was up to me alone, EMPEROR would sound [like my solo material]; this is how I write metal [and] this is my direction."

He continued: "I know Samoth is releasing a new THE WRETCHED END record very soon as well, and I think it's very obvious that, musically, we are very far apart. So if people want a new EMPEROR record, what would they expect? They expect us to write music as if we were teenagers. So it's kind of a… you can't really win. At this point, I think it just would be absolutely pointless, because regardless of what route we would take and what would feel natural, if we were to do that, it would be… I think either way it would be a disappointment, because it's kind of just part of an illusion. And I see absolutely no point in doing that."

Ihsahn added that he is thankful to still have a career more than two decades after the release of "In The Nightside Eclipse". "I think I've been very lucky to be able to kind of continue with the same state of uncompromising mind, if you will," he said. "I mean, we didn't get any recognition — everybody hated what we were doing — in the early days of EMPEROR. It was only later that it picked up; it took a long while. And, of course, when we started about, there was no black metal scene. So we basically just did this [of] our own accord with absolutely no intention of this being a career, because that was not an option; it was unimaginable. So it is kind of against all odds that we ended up having a career." 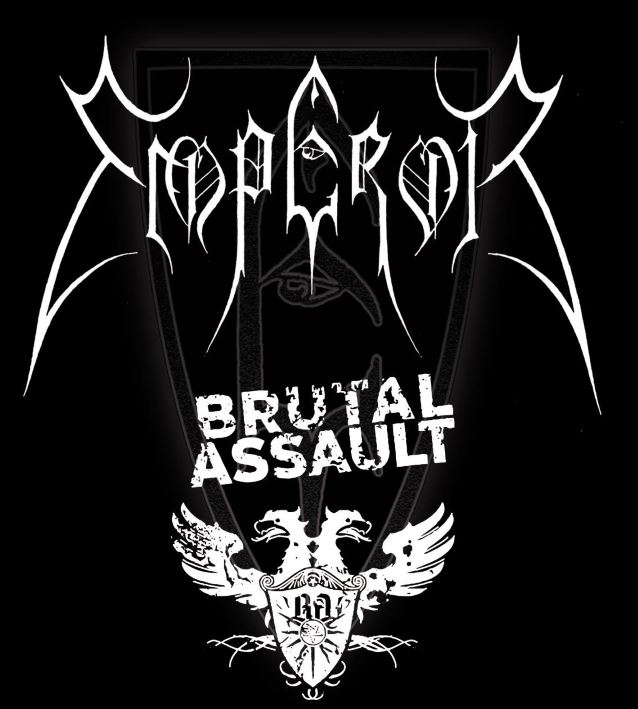