Seattle-based indie label Spartan Records has announced the signing of Norwegian hardcore duo BARREN WOMB. The band's full-length debut, "The Sun's Not Yellow, It's Chicken", will be released on March 11. The record will be available digitally and on limited-edition vinyl.

A track from the CD, "Kill Hicks", can be streamed below.

"'Kill Hicks' was one of the last songs we finished up for the record, and it came together fast," says guitarist/vocalist Tony Gonzahl. "We had this kind of bluegrass-influenced riff kicking about for a little while, but hadn't really had the chance to do much with it. Then one day we started jamming and that riff came up. A couple of hours later, we had the song pretty much done.

"Although there is a lot of beauty to humanity, I feel that right now the negative far outweighs the positive. This is not a holier-than-thou attitude; I most definitely see myself as part of the problem.

"Lyrically, 'Kill Hicks' deals with apathy and the bleak future ahead of us if we continue on this path."

Formed late 2011 in Trondheim, Norway, BARREN WOMB featuring Gonzahl and Timo Silvola (drums),blends hardcore punk with elements of black metal, rock 'n' roll, and country to create a nasty swill all of their own, while recalling some of the greats before them like REFUSED, TURBONEGRO, THE BRONX, DRIVE LIKE JEHU and THE HIVES. Sometimes it's fast and intense, other times slow and pulsating. Seldom however is it quite like anything heard before, always keeping somewhat to the left of the beaten path.

Recorded by le Spangrud of MØRKEMAKT at Better Than Your Fucking Studio and mixed by the bandmembers themselves, "The Sun's Not Yellow, It's Chicken" features 13 blisteringly honest noise punk ditties, all set in the key of apocalypse.

"The Sun's Not Yellow, It's Chicken" track listing: 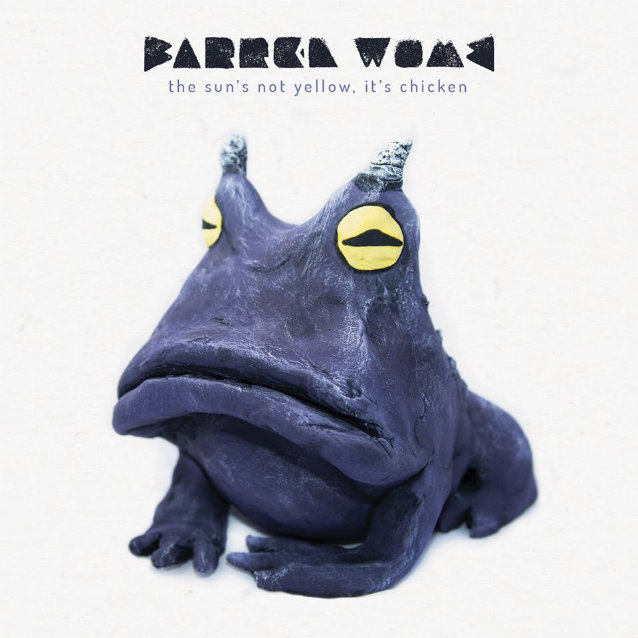