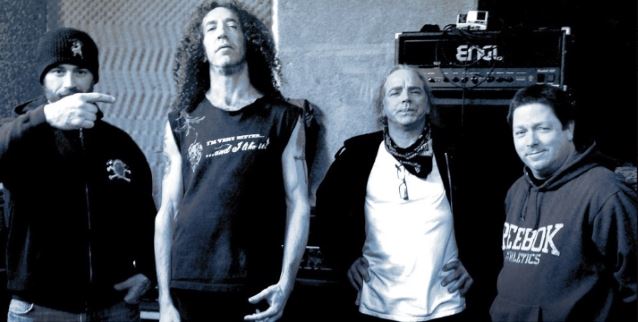 When thrash metal legends NUCLEAR ASSAULT announced last year that they would be reforming to celebrate their 30th anniversary in 2015 and undertake what was to be their "Final Assault" world tour, it didn't take long after their initial rehearsals for new music to emerge. The band entered Black Dog studio in Rochester, New York in January of this year and laid down four new songs. Semi-retired bass legend Dan Lilker has described these recordings as "four killer old-school thrash tunes." They are classic NUCLEAR ASSAULT — raw, fast, abrasive and delivered with their inimitable cynicism and vitriol. Written by the long-standing partnership of Lilker and guitarist/vocalist John Connelly (with the lineup completed by drummer Glenn Evans and guitarist Erik Burke) these new songs mark their first recordings since 2005's "Third World Genocide" album and their first EP release since 1988's "Fight To Be Free".

A teaser trailer for the EP is available below.

The "Pounder" EP will be released on CD and as a digital download on June 1 via drummer Glenn Evans's own Sidipus Records, with a deluxe vinyl version to follow on June 29 by U.K. crossover label Dry Heave Records.

Originally formed back in 1984, NUCLEAR ASSAULT bassist Lilker witnessed the birth of thrash metal first as an original member of ANTHRAX, as well as a crucial component to S.O.D., NUCLEAR ASSAULT and BRUTAL TRUTH.

While many thrash metal bands tempered their aggression with melody, NUCLEAR ASSAULT stuck to its guns throughout and in the process, released such thrash classics as 1988's "Survive" and 1989's "Handle with Care". 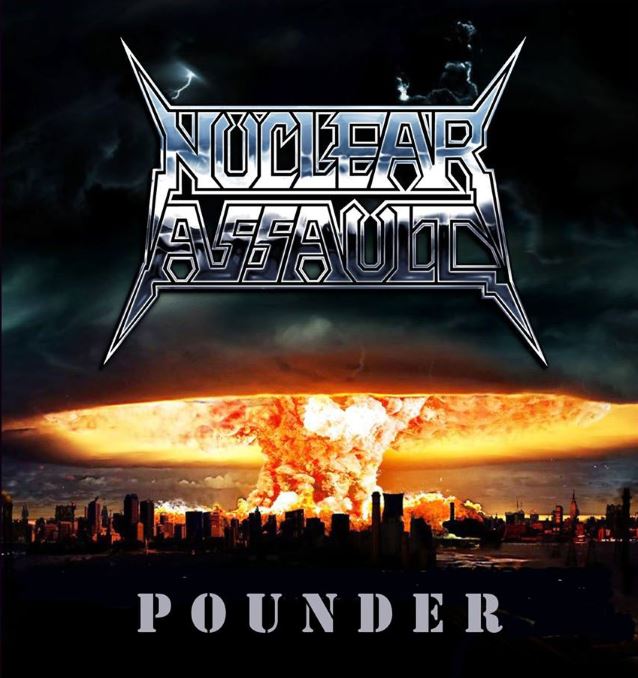