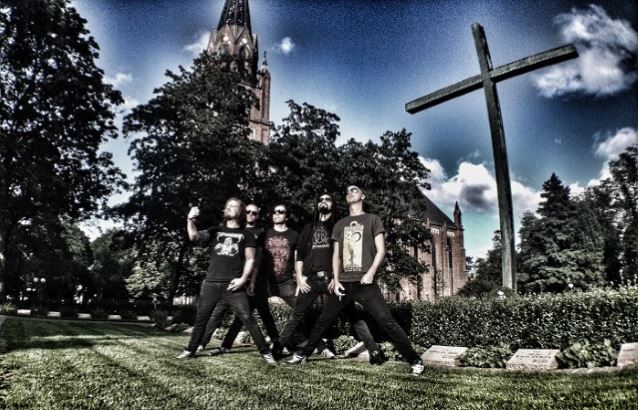 Swedish melodic doom/death metallers OCTOBER TIDE have inked a deal with Agonia Records. The band's as-yet-untitled follow-up to 2013's "Tunnel Of No Light" will be released in early 2016.

Formed in 1995 by KATATONIA members Jonas Renkse and Fredrik Norrman, OCTOBER TIDE spawned two, now-cult releases: "Rain Without End" (1997) and "Grey Dawn" (1999),before going on hiatus for over 11 years.

Reunited in 2009, the Swedes continue to push their vision of characteristic melodic doom/death metal to the next level. With a new full-time drummer Jocke Wallgren (VALKYRJA, ASTROPHOBOS),OCTOBER TIDE is fully engaged in working on its fifth studio album and first one for Agonia.

Speaking about the new deal and forthcoming effort, OCTOBER TIDE guitarist Emil Alstermark said: "During the first glance at this label, you KNOW they are into metal.

"We have always had an good eye to Agonia Records and their great ways of spreading heavy sounds all over the world. As for the deal itself, we are very pleased with the terms and conditions which are some serious shit.

"Agonia is a killer label and a perfect partner to OCTOBER TIDE. We're now finishing up the pre-production and hope to share some pretty cool stuff with you all within a near future."