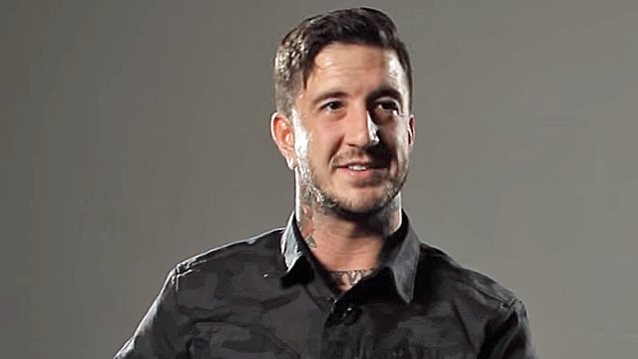 OF MICE & MEN Singer To Undergo Back And Hip Surgery

OF MICE & MEN singer Austin Carlile has revealed that he will undergo hip and back surgery soon, according to The Pulse Of Radio. Carlile mentioned the upcoming operations on Twitter, but did not elaborate further. They are most likely related to his struggle with Marfan syndrome, a connective tissue disorder that has already led to several surgeries for Carlile and the removal of a rib in the past year alone.

Carlile was hospitalized abruptly last June 6, forcing the band to cancel several shows, and ended up in surgery.

He spent the summer in recovery and physical therapy, tweeting at one point in mid-July that he was going to therapy three times a week.

The band canceled several fall appearances while Carlile continued his recovery. They are still listed as performing at Ozzfest Japan on November 21.

OF MICE & MEN has also used the downtime to work on material for its next album.